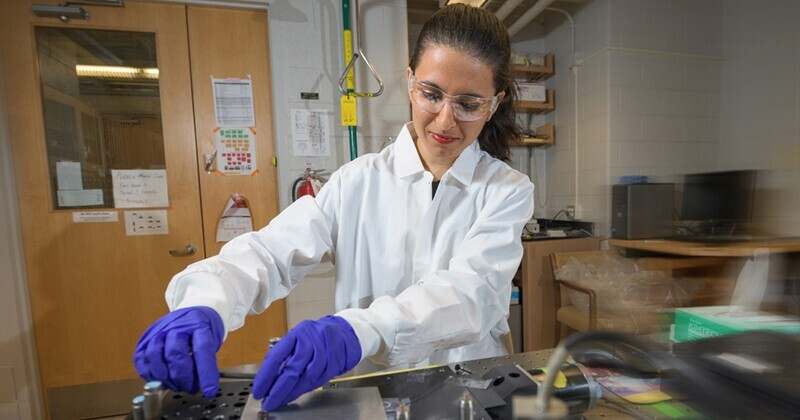 Priyanka Ketkar, a doctoral researcher from the University of Delaware’s Department of Chemical and Biomolecular Engineering, will head to the National Institute of Standards and Technology in the fall of 2022 for a prestigious National Research Council Postdoctoral Fellowship.

Priyanka Ketkar, a doctoral researcher working with Professor Thomas H. Epps, III, in the University of Delaware’s College of Engineering, has been selected for a prestigious National Academies/National Research Council (NRC) Postdoctoral Fellowship at the National Institute of Standards and Technology (NIST), where she will expand fundamental research on some of the tiniest technologies known today.

Ketkar began her doctoral studies in the Department of Chemical and Biomolecular Engineering in the fall of 2016, after receiving her undergraduate degrees in chemical engineering and chemistry from the University of Minnesota-Twin Cities, where she became interested in polymer research.

As a young, blossoming scientist, she said she thrived on the rules and orderliness of science and math. A family with a good number of engineers and doctors was also an inspiration to dive deeper into the sciences. By the time she took chemistry, she was hooked.

“I think most scientists want their work to be impactful,” she said, noting that she hopes the work she’ll do through NIST will pave the way for future developments in polymer and materials science.

Polymers are basically materials that have properties as both solids and liquids, allowing them to be flexible, strong and useful in a variety of applications. As a researcher in the Epps Research Group at UD, Ketkar has worked on projects related to using polymers as material in batteries in an effort to make batteries safer, more efficient and longer-lasting. That work piqued her interest in the fundamentals of polymer physics, she said.

“There are numerous polymer design choices you can make, so you have to start with a basic understanding of how those choices relate to material properties,” said Lisa Hall, an associate professor at Ohio State and one of Ketkar’s many research collaborators. “That’s the argument for why we need basic science here. Priyanka is helping us make that connection.”

Ketkar will take the tools she’s polished during her time at UD to the NIST NRC program, which is intended for new postdocs and sometimes leads to permanent positions within the national laboratory.

“NRC postdoctoral trainees are a very distinguished group, and many recipients have gone on to lead superb research in national labs, industry and in academia (including several faculty at Delaware),” said outgoing department chair Eric Furst. “This is a wonderful recognition and opportunity for Priyanka. I’m looking forward to staying in touch and hearing about her work as it develops.”

Ketkar will spend the next two years under the advisement of Materials Research Engineer R. Joseph Kline during the postdoc program, which is set to begin in early October. Ketkar and Kline will be working together on block polymer templates, which will be used in nano-scale applications in the semiconductor industry. More simply, these block polymers can be thought of as stencils that guide the precise placement of small components on semiconductor chips. The smaller the features, the more efficiently certain technologies, such as computers, smartphones or medical equipment, can hopefully operate. Ketkar’s work will focus on the fundamentals of how various block polymer materials assemble, so that she can figure out which designs are promising for semiconductors.

If a polymer is like a string of beads — and the beads represent small molecular units — then a block polymer would be like attaching a string of blue beads to the end of a string of red beads. Block polymers are important because they help scientists combine properties of different kinds of materials that would otherwise want to separate, like oil and water, Ketkar explained.

But instead of the material being all red on one side and all blue on the other, it’s more like stripes of red and blue or spheres of blue in a sea of red throughout the material, she said. These features (e.g., the stripes or spheres) are incredibly tiny, though, on the scale of nanometers (for example, a single human hair is about 60,000 nanometers thick). The concept of nano-sized block polymer structures isn’t new, but Ketkar and other researchers like her are trying to develop new ways to use them, thanks to advancing technologies.

“One side is designing those materials. The other is understanding what’s going on,” she said. X-ray scattering techniques, which Ketkar will use during the program, can give researchers more detailed information on how the block polymers assemble, which researchers can then take back to the lab to specially design the chemistries needed for the properly performing materials.

To understand how X-ray scattering works, Ketkar said to imagine trying to figure out what a car looks like without using your eyes. To do that, researchers could throw ping pong balls or inflatable beach volleyballs at the car. “With an understanding of the physics behind how those balls bounce off the car and where they land, we can mathematically construct the shape of the car such as its length, width, side view mirrors size, etc.,” she said. “In our research, our block polymer samples are like the car, and the X-rays are like the balls.”

Ketkar has a long road ahead to get to that final product point, though. Part of the team will do the chemistry-heavy work of designing various block polymers and figuring out how to assemble them, whether that’s through exposure to heat, solvent vapors or something else. Another part of the team will develop a combination of techniques to understand how these materials behave.

Innovation, creativity and complex problem-solving in research aren’t new concepts for Ketkar, who has excelled as a leader of the Epps Research Group in recent years. Especially during the COVID-19 restrictions that limited who could still actively work in laboratories, Ketkar ensured experiments continued safely and accurately while still maintaining the culture of the research group, said her adviser, Epps.

“Having someone like her in the lab has been crucial,” Epps said. “While our major skill is doing the experiments, it is equally as important to be able to communicate the scientific problem and the appropriate results in ways that others can clearly understand. Priyanka has a knack for concise, but detailed, communication.”

Epps described Ketkar as a motivated researcher with a “practical and systematic approach” that allows her to anticipate problems and questions before they arise.

“She has an excellent grasp of what she does well and knows how to maximize that,” Epps said. “She also understands there are areas where other expertise is necessary, and she views that as an opportunity to collaborate.”

As a former NIST NRC fellow himself, Epps said collaborations with other researchers, even those in other disciplines, are key. As a graduate student, Priyanka’s ability to lead cross-collegiate partnerships while at UD allowed Epps to spend more time on the science itself, rather than the management of a project.

“Priyanka is very good at understanding the big picture, but also being able to really drill down and assess the details,” he said. “The technical details behind her every experiment are very sound. She seamlessly combines these skills with her impressive ability to take the initiative and work with other people.” 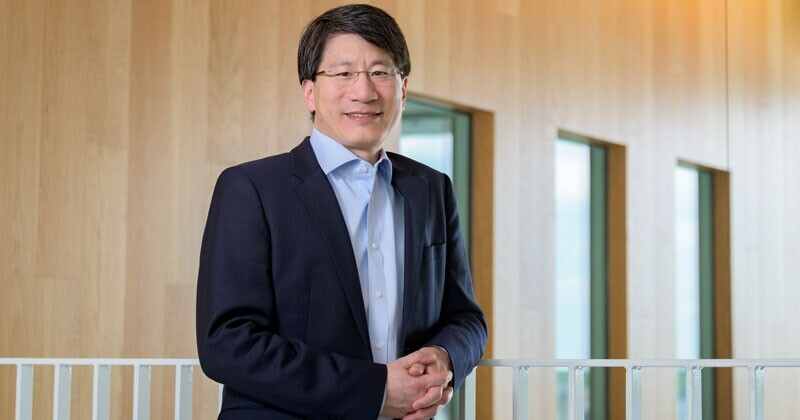