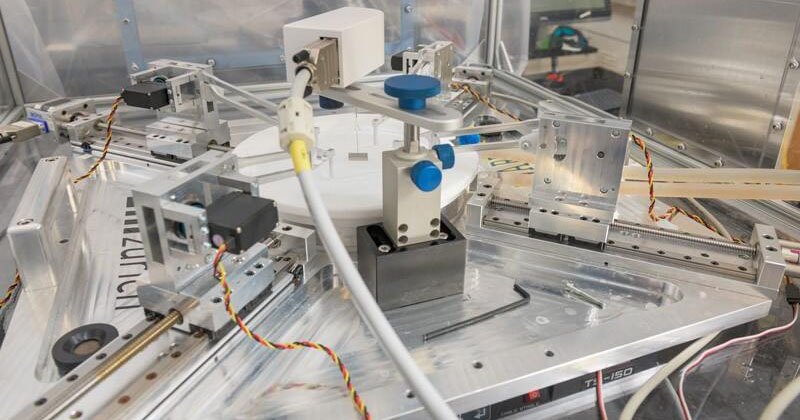 With support from a Department of Energy grant, STF Technologies is developing the RheoSurfR, an instrument that will provide three-dimensional insight into nanostructures and microstructures and their interactions with various liquids and gases.

As every inquisitive mind knows, the more we learn the more we realize how much we do not know.

Sometimes we have no way to chase answers either. Sometimes we can only guess what might be happening.

Until now, for example, we had no way of analyzing what was happening in a human cell if certain medicines accumulated in them. Was it no big deal — a benign situation? Would the medicines eventually dissipate? Or was a toxic brew developing that might make a patient even sicker?

No instrument available to scientists could explore those surfaces, let alone reveal what was happening where those medicinal particles might gather within a cell.

It’s the kind of question inventor Norman Wagner can’t resist. As an expert in soft materials and neutron scattering, a technology used to study the properties of materials at the subatomic scale, Wagner, the Unidel Robert L. Pigford Chair in Chemical and Biomolecular Engineering at the University of Delaware, has the knowledge necessary to find a way forward in that near-invisible environment.

And that’s what he has done.

After two years of exploratory research supported by the U.S. Department of Energy, Wagner and STF Technologies, the company he co-founded with UD alum Rich Dombrowski, have invented an instrument that will give researchers a new perspective on what is happening at the surface where various things meet — air and water, for example, or oil and water, or in that biological context where cellular building blocks known as lipids meet biopharmaceuticals or other materials.

DOE has awarded a second phase of funding — $1.1 million — that will allow STF Technologies to develop the instrument and get it ready to go to market, where it will be available to researchers and scientists everywhere.

The award is one of 102 projects selected for a total of $110 million in DOE support for small businesses that are working on scientific, clean energy and climate solutions. Twenty-four states were represented in this round of funding, which includes support for such things as advanced manufacturing of wind turbines and batteries, new instruments for atmospheric measurement, and particle accelerator technologies that can power next-generation scientific discoveries. 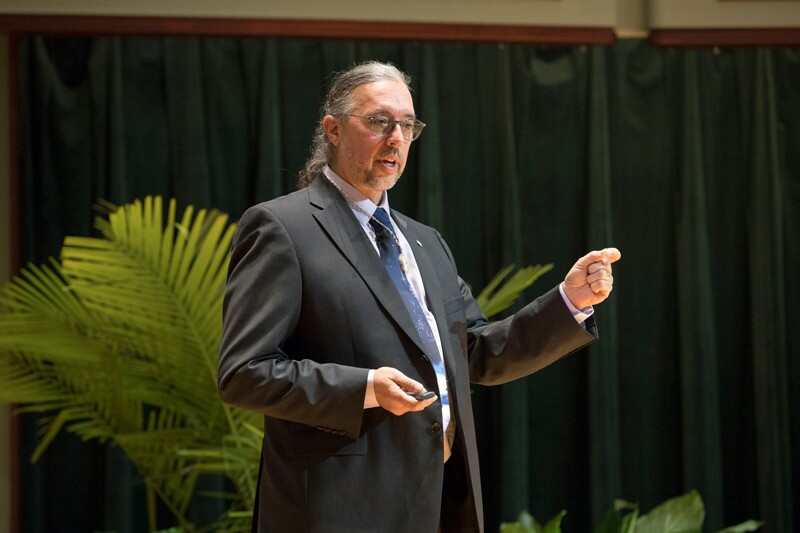 Norm Wagner, the University of Delaware’s Unidel Robert L. Pigford Chair in Chemical and Biomolecular Engineering, was the 2020 winner of UD’s highest faculty honor, the Francis Alison Award. He delivered the Alison Lecture earlier this month.

Another Delaware-based small business — TalosTech in New Castle, Delaware — was also among those that gained DOE support. TalosTech, launched by Hassan Liu in a UD-based incubator formerly located at the Delaware Technology Park, is working to improve lithium-ion batteries, making them safer and more sustainable.

“For any small business owner, every new bit of money is a game-changer that frees them up to pursue bold new ideas in earnest,” said Secretary of Energy Jennifer M. Granholm, when the grant was announced earlier this year. “This funding will give awardees a much-needed boost as they channel their entrepreneurial spirit into tackling the climate crisis, deploying creative clean energy technologies and answering the biggest questions we have about the universe — all while creating new American jobs to sustain their communities.”

The awards are administered by DOE’s Small Business Innovation Research (SBIR) and Small Business Technology Transfer (STTR) programs, established to encourage diverse communities to participate in technological innovation, as well as create a bridge between DOE-supported science breakthroughs and viable products and services for the commercial market. The funding comes through DOE’s Office of Science (SC), as well as the Advanced Research Projects Agency-Energy (ARPA-E).

“These are the types of investments we need to support scientific discovery and critical research in advanced manufacturing,” said U.S. Sen. Chris Coons of Delaware when the grant was announced.

Wagner’s invention is engineered for use with neutron-scattering techniques that exist at laboratories around the nation. These techniques allow scientists to analyze the motion of molecules to get a better understanding of what is happening in the tiniest places, inaccessible to other instrumentation. 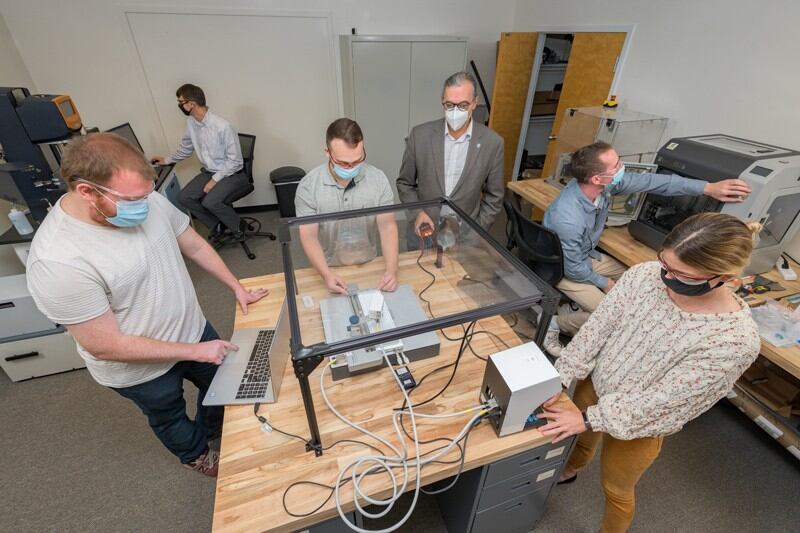 The new instrument — which STF calls the RheoSurfR, reflecting its ability to analyze the motion of liquids — will provide three-dimensional insight into nanostructures and microstructures and their interactions with various liquids and gases.

This information has critical implications for medicine and industry.

What happens on the surfaces of lipids, for example — the building blocks of cellular membranes — can have significant implications for the success or side effects of biopharmaceuticals. Are molecules collecting or interfering with other cellular processes?

“If you look at monoclonal antibodies that are used in therapies for cancer or COVID, for example, what happens when these biopharmaceuticals meet an air/water interface?” Wagner said. “Can they be destroyed or aggregate or even become harmful?”

The answer until now has been: Who knows? That interaction has been too small to see by normal means, Wagner said. Using neutron-scattering techniques, however, scientists can see what happens and then decide what, if anything, needs to be done about it.

Analysis of other interactions will have high value for industry.

“In energy production, for example, where oil and water mix together, getting water out of the oil is a big problem,” Wagner said.

What happens when air and liquids mix has an effect on foams and foods — shampoos, for example, or cappuccino or beer.

Scientists will have new measurement capacities for many such interactions.

STF’s new device is small enough to be on a benchtop. It will be placed within the beamline of instruments in national laboratories and other research facilities, including the Center for High Resolution Neutron Scattering, which Wagner has been developing for the National Institute of Standards and Technology.

Norm Wagner is a member of the National Academy of Engineers and the National Academy of Inventors, a fellow of the American Association for the Advancement of Science and the Neutron Scattering Society of America and a winner of the Bingham Medal from the Society of Rheology. Before joining UD’s faculty, he earned a bachelor’s degree at Carnegie Mellon University, a doctoral degree at Princeton University, was a NATO Postdoctoral Fellow at Fakultät für Physik Universität Konstanz in Germany and a Director’s Postdoc at Los Alamos National Laboratory.