NEW TALENT AND FUNDING IN BIOMANUFACTURING 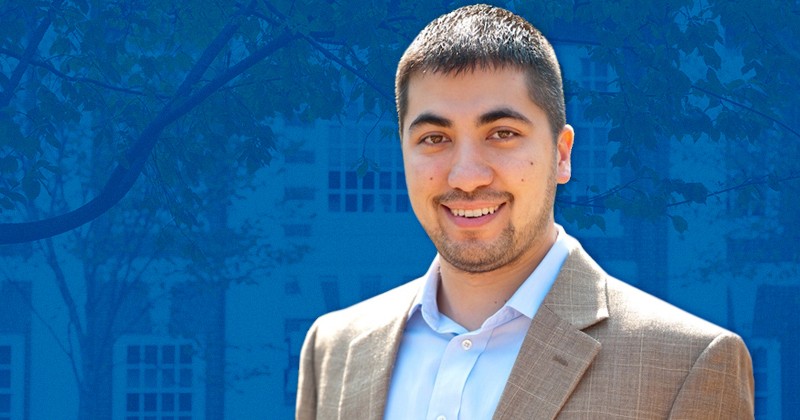 In January 2021, Mark Blenner will join UD from Clemson University, where he is McQueen-Quattlebaum Associate Professor of Chemical and Biomolecular Engineering and a Visiting Scientist at NASA Ames Research Center.

With a strong legacy of science and engineering innovation, and with the National Institute for Innovation in Biopharmaceutical Manufacturing headquartered on its campus, the University of Delaware is a destination for biomanufacturing, the use of biological organisms in production.

Now, another premier expert in biomanufacturing — Mark Blenner — is joining UD’s ranks. In January 2021, Blenner will join UD from Clemson University, where he is McQueen-Quattlebaum Associate Professor of Chemical and Biomolecular Engineering and a Visiting Scientist at NASA Ames Research Center. He was recently recognized with the Presidential Early Career Award for Scientists and Engineers (PECASE), the South Carolina Governor’s Young Scientist Award for Excellence in Scientific Research and a DARPA Young Faculty Award.

When he joins UD, Blenner will bring with him a new Department of Energy grant to accelerate biomanufacturing by addressing common challenges in the reliability of industrial yeast fermentation, which is important for a wide range of products. The grant is part of the Agile BioFoundry consortium; the goal is to conduct research and development that will accelerate the U.S. biomanufacturing sector.

Yeast fermentation is a critical step in manufacturing a variety of products. Winemaking and beer brewing are common examples. Through the process of fermentation, yeast transforms sugars into alcohol and carbon dioxide; however, Blenner engineers yeast to use sugar and other lower value substrates to make a wide range of products beyond alcohol.

When yeast fermentation is used at an industrial scale, multiple challenges come into play. One common problem is the loss of productivity — that the cells begin to make less product as the process scales, said Blenner. One reason this happens is genetic instability, and through the new grant, Blenner will explore root causes of this genetic instability that arise from strain engineering, the process of designing efficient strains of yeast.

“We hope that by better understanding how genetic instability arises we can develop new strain engineering strategies less prone to productivity loss,” said Blenner. “That would greatly speed and de-risk bioprocess development.”

In this project, Blenner is using a strain of yeast engineered to make beta-carotene, an important vitamin and nutraceutical.

“While we are studying this particular beta-carotene producer, we hope to understand fundamental influences on strain stability that could help other yeast fermentation scale up,” he said. His group has focused on fatty acid and oleochemicals and more recently on higher-value products, such as pharmaceutical intermediates and industrial enzymes.

Why UD is the place

Blenner said he looks forward to joining UD in just a few months.

“UD, in my opinion, is the leader in biomanufacturing,” said Blenner. “From the outstanding faculty and the amazing facilities, it is clear that UD has a strong commitment to biomanufacturing and sees it as central to the regional and national economy. Biomanufacturing is poised to become an even greater part of future manufacturing in the U.S., and in moving to UD, I get to be at its epicenter.”

The Department of Chemical and Biomolecular Engineering’s culture of excellence also makes it a destination. The department is part of UD’s College of Engineering.

After graduating from UD in 1951, Witheford began a four-decade career with a major chemical company.

He fondly remembers how his UD professors, including the late Jack Gerster and the late Robert Pigford, helped him grow and learn.

“He had a broad range of interests and from him I learned that with a rudimentary understanding of physical and chemical principles most problems could be solved by common sense and perseverance,” said Witheford.

Pigford was the head of the department and in the summer of Witheford’s junior year, when his own work plans went awry, Pigford employed Witheford to assist graduate students in data collection.

“Both professors I admired and respected,” said Witheford. “They gave me lots of encouragement, most important for a youth.”

It is in appreciation of that and in the hope that it will always be so that Witheford made his contribution.

BiopharmaceuticalsNEW TALENT AND FUNDING IN BIOMANUFACTURING