UD AMONG BEST IN THE NATION 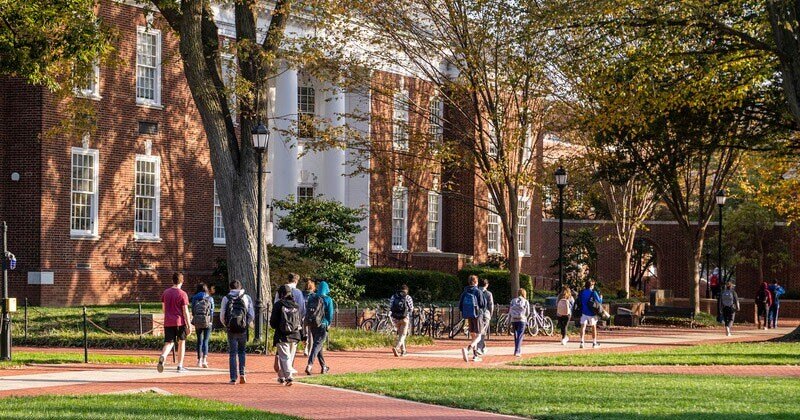 The quality of a University of Delaware education continues to win national recognition, with UD advancing four slots to the rank of #89 among the nation’s best overall universities, according to U.S. News & World Report. This year’s undergraduate program rankings published in the magazine’s “2022-2023 Best Colleges” issue were released online Sept. 12.

Additionally, the University’s chemical engineering program was ranked second in the nation, the highest U.S. News ranking in the program’s history. UD tied with Georgia Institute Technology for the #2 spot, following the #1 ranked Massachusetts Institute of Technology and placed above the University of California at Berkeley and Stanford University, among others.

“These rankings by U.S. News are further evidence of the University of Delaware’s academic rigor and its progressive investments in providing top-level educational opportunities,” UD President Dennis Assanis said. “Our distinguished faculty and our dedicated staff are deeply committed to the success of our students, which makes us the institution of choice for many young people. Their achievements as students on our campus and later as alumni in their careers is a true measure of what a University of Delaware education can mean. I’m inspired by the continued momentum of our people, programming and outcomes.”

U.S. News evaluates multiple factors for its rankings, and UD had a strong showing in several areas. These attributes have made UD a highly sought after school by students. As many colleges and universities struggle with maintaining enrollment, UD welcomed its largest first-year class to campus last month. In student excellence, the percentage of first-year students in the top 10% of their high school class increased. UD’s average six-year graduation rate and its average first-year student retention rate both showed improvement over last year. In the area of faculty resources, UD showed positive marks in both the percentage of full-time and part-time faculty with a Ph.D. or terminal degree and faculty salary rank. About 75 faculty positions have been added at UD since 2016, and that number is expected to grow to align with enrollment needs.

In addition to chemical engineering, several individual undergraduate academic programs at the University of Delaware are recognized in the 2023 rankings as among the nation’s best, all in the top quarter or better:

For information on additional UD rankings, visit the Office of Institutional Research and Effectiveness Rankings site, which includes details on numerous best college rankings, including Fiske, Forbes, Poets & Quants and the Princeton Review. As one of the nation’s oldest universities, UD has a long history of distinctions, including being one of the few institutions in the nation with Land Grant, Sea Grant and Space Grant missions. In addition, UD’s Carnegie classification among “R1: Doctoral Universities–Very high research activity” places it in the top 3% of all U.S. universities and colleges.

EngineeringUD AMONG BEST IN THE NATION