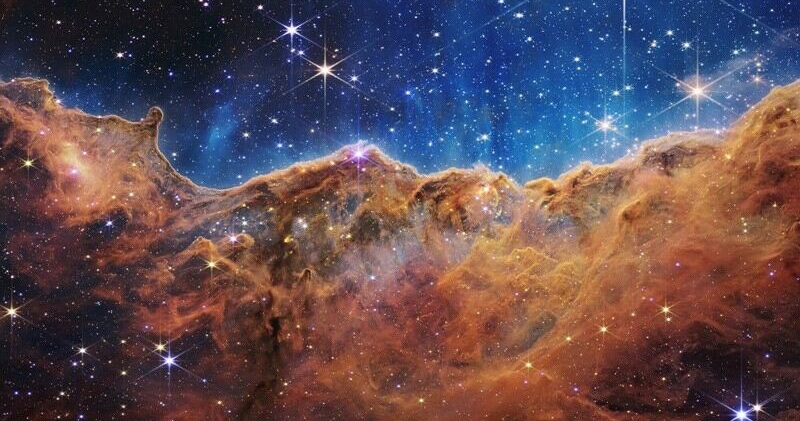 Captured in infrared light by NASA’s new James Webb Space Telescope, this image reveals for the first time previously invisible areas of star birth. According to NASA, this image shows a landscape of “mountains” and “valleys” speckled with glittering stars, but is actually the edge of a nearby, young, star-forming region called NGC 3324 in the Carina Nebula.

If you’ve ever kept a long vigil over your mailbox, inbox or phone, waiting eagerly for word from a loved one who is off in some remote place, you know the delight and relief when that message arrives.

And you know something of the thrill that astronomers, physicists, engineers, technicians and other researchers experienced recently as the first images from the James Webb Space Telescope — the biggest, most powerful telescope ever built — started reaching Earth from its orbit a million miles away.

Stewart, who graduated from UD in 2019 with a degree in chemical engineering, was among those who helped to build and refine this instrument. Now an aerospace engineer for NASA, she worked on the contamination engineering team, which includes physicists, biochemists and chemical engineers. Their mission was to ensure no contamination — no stray particles or molecules — would compromise optimal performance of the telescope. 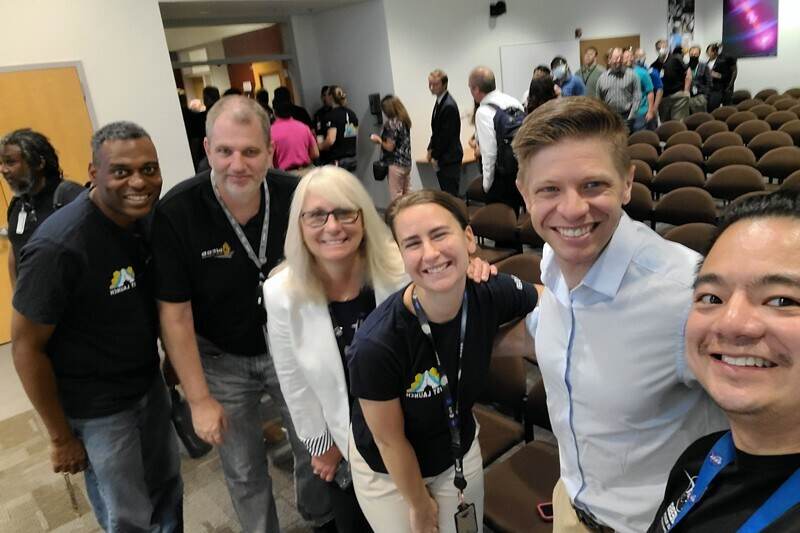 NASA’s $10 billion telescope, launched in December 2021, is offering images with resolution never before achieved, providing angles on the history of the cosmos in ways that were never before possible.

“We watched the release of the SMACS 0723 image with President Biden during a preview event with NASA Administrator Bill Nelson and other esteemed guests,” she said. “We were overjoyed to see the deepest, sharpest infrared view of the universe to date.”

The next day, July 12, representatives from Delaware, the federal government and other partners were present for a watch party — either in person at Goddard or virtually — to see the full release of the first images.

Especially exciting to Stewart were the images of Jupiter and Europa, one of Jupiter’s moons.

“Since the launch, I have been waiting to see the efforts of the entire Webb team,” Stewart said. “I was impressed to see that these images covered the five topics: deep field, exoplanet, stellar death, galaxy and stellar birth. I was in awe of the beauty and knowledge we have gained from each image…. I have been working on a mission concept to Europa with other early career engineers for the past two years, so I was delighted to see images of Europa.”

Stewart was thrilled when the telescope launched in December, but for this extraordinary instrument to fulfill its purpose required many subsequent engineering feats, including the unfolding of its giant honeycomb array of mirrors.

“There is a team at the Space Telescope Science Institute (STScI) in Baltimore operating Webb 24/7 since the day of launch,” she said. “I have been following along through each step of the mission from deployments to calibration of the four instruments on Webb. Webb deployed perfectly and has been operating due to the cutting-edge engineering and the efforts of thousands of scientists, engineers and technicians from 14 countries, 29 U.S. states, and Washington, D.C.” 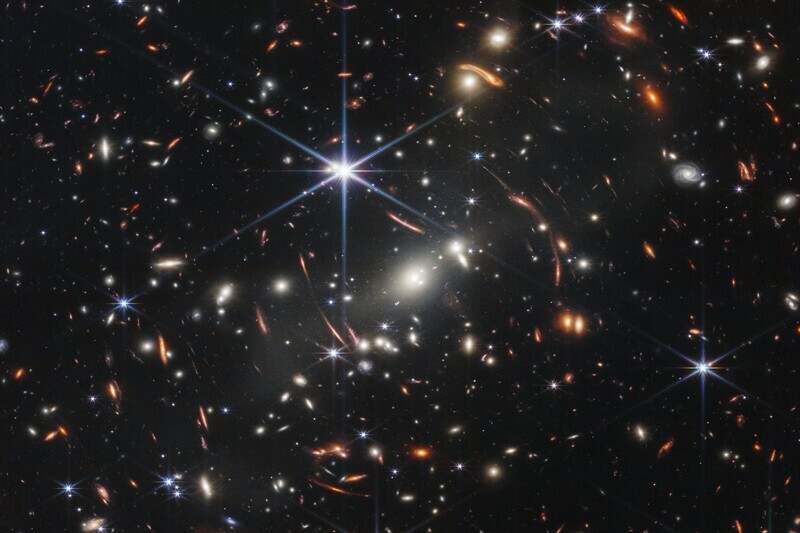 NASA’s James Webb Space Telescope has produced the deepest and sharpest infrared image of the distant universe to date. Known as Webb’s First Deep Field, this image of galaxy cluster SMACS 0723 is overflowing with detail. Thousands of galaxies — including the faintest objects ever observed in the infrared — have appeared in Webb’s view for the first time. This slice of the vast universe covers a patch of sky approximately the size of a grain of sand held at arm’s length by someone on the ground.

Stewart has been among those documenting the efforts that brought Webb to this point.

And now she has transitioned to Goddard’s next flagship mission — the Nancy Grace Roman Space Telescope. She will be the contamination lead for the Optical Telescope Assembly and will support spacecraft development.

“I am looking forward to the Roman mission, investigating dark energy and dark matter and finding/imaging exoplanets,” she said.

About 50 young “space cadets” in Delaware got to hear from Stewart during a July visit to UD’s campus as part of the Delaware Aerospace Academy.

About the James Webb Space Telescope