POWERING THE WORLD WITH HYDROGEN 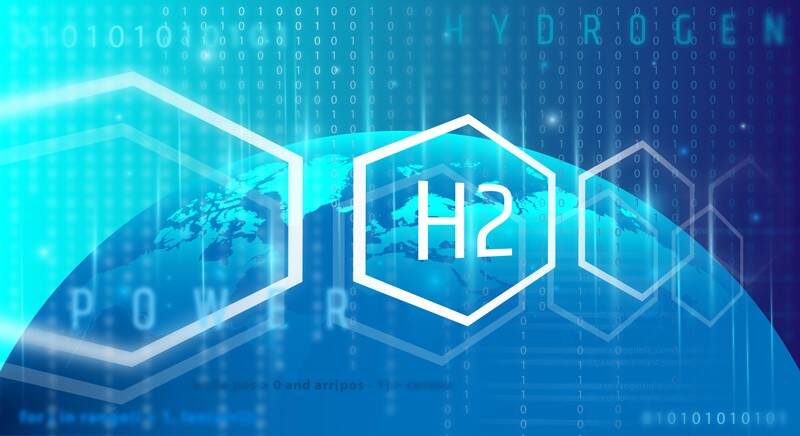 It’s green, it’s clean and UD graduate Ashish Lele is working to bring this technology to India and beyond

Hydrogen is so hot right now. And not just because this highly combustible gas burns at around 2,000 degrees. The chemical element is also trending among developed countries with a vested interest in combating climate change (ahem, all of them). Global leaders are increasingly looking to this clean fuel source as a potential saving grace — er, saving gas.

India, the world’s third-largest emitter of planet-killing carbon, is hoping to lead this charge — the nation’s prime minister recently announced a National Hydrogen Mission. In other words, the country is looking to become a global hub for the development and export of green hydrogen, meaning your homes and cars and buildings may one day run on this technology.

The man creating a roadmap for arriving at such a clean and independent energy future? Ashish Lele, a University of Delaware alumnus. In April of 2021, he became director of India’s National Chemical Laboratory, or NCL, an internationally recognized research organization.

“I owe much of my career to UD,” said Lele, who has six patents to his name. “I learned from the University that, in order to solve tough problems, you have to go back to the science fundamentals. In recent days, I have very much relied on these fundamentals.”

In the early 90s, when Lele left his native Mumbai (population 20 million) to study in Newark, Delaware, the scientist experienced culture shock: “I used to poke fun and say I came from a city to a village,” he said. But Lele eventually grew so fond of the friendly, walkable vibe of UD and the surrounding area, he decided that, after graduating with his doctoral degree from the chemical engineering department, he would turn down any offer for a job set in a megatropolis. Instead, he opted to work at the NCL in Prune, India, the urban area most closely resembling his beloved college town.

At this government laboratory, Lele studied polymers — useful molecules found in many everyday items, from plastic to polyester — and he designed new iterations with original applications. For one project, inspired by mussels and other adhesive underwater creatures, he developed a glue that works while wet. The invention may one day help surgeons put bodily tissues back together without the use of dissolvable stitches, which can cause a negative reaction in some patients. 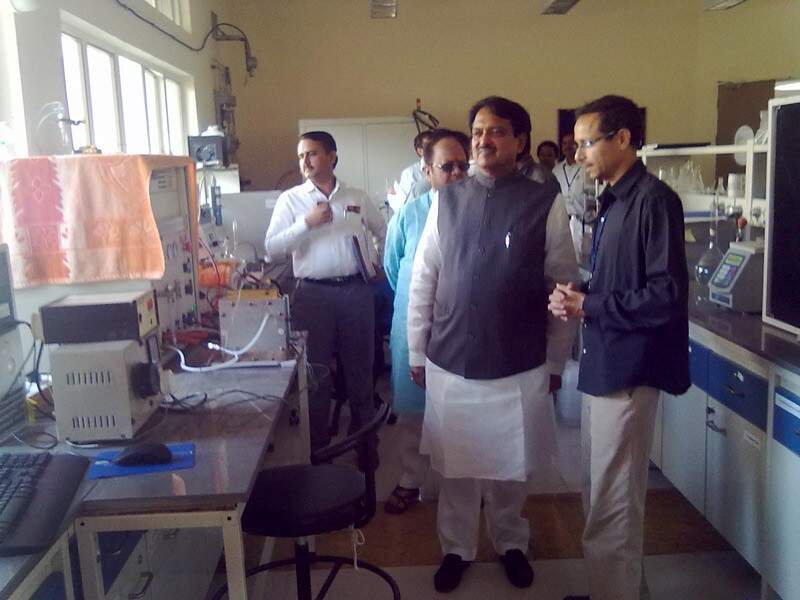 Ashish Lele (far right), who earned his doctorate in chemical engineering at the University of Delaware, meets with officials in a laboratory in India.

Lele also spent a portion of his career studying the flow dynamics of polymers. Put simply, this research helps tens of thousands of companies decide what type of plastic molecules will be best for conversion into desired products — say, shampoo bottles, potato chip bags or protective films for an iPhone.

“These companies have huge reactors where they make millions of tons of a given material, so putting the right quality of plastic in that asset is critical,” Lele said. “Mistakes are going to be very expensive. You have to get it right the first time.”

Now, after a three-year stint in the private sector, Lele is back at the NCL — this time in charge — and working on what he called a passion project: clean energy.

While renewable technologies in this realm have come a long way, most are intermittent — you cannot capture wind energy on a breezeless day, for instance, and you cannot capture solar energy at night or in overcast conditions. This means humans have to find a way to store such power for use during down periods. There are several options for this, but hydrogen storage, which Lele is working on refining and scaling, may be the most cost effective.

In this method, energy created by wind or sun can be used to send an electrical current through water, which separates the H (hydrogen molecules) from the H20. Later, these separated molecules can be recombined with water, which creates — voila — energy needed for powering everyday appliances and machines.

“We call hydrogen storage the Swiss knife of energy transmission, because it can be used to do so many things,” said Lele, who supervises 120 scientists. “You can heat residential spaces, you can make steel with fewer emissions and you can run vehicles with less pollution.”

That last avenue is an especially important area of focus for Lele, since the transportation sector currently generates the largest share of greenhouse gas emissions. To mitigate this problem, the NCL team is working to create a next generation fuel cell, which will do the aforementioned work of combining hydrogen and water to produce electricity in a car or bus. Say goodbye to toxic carbon dioxide or nitrous oxide — the only byproduct is benign water vapor.

“This is end-to-end technology development that we are doing,” Lele said. “We are figuring out the most efficient way to split the water to get the hydrogen. We are figuring out the most economical way to store this hydrogen — whether that is in a liquid or gas form. We are working closely with industry to put the fuel cells into a bus and integrate them with the vehicle’s control program. And we are determining who can participate in the country’s entire hydrogen value chain.”

If this sounds like a stress-inducing workload, well, “the pressure is huge,” Lele said. But, he added, when things get intense, he can always rely on those foundational principles learned at UD: “I am not joking when I say I still go back to my graduate school notes.”

Someday soon, Lele would like to return not just to the lessons he internalized on campus, but to campus itself. He has visited twice since graduating but, he said, he feels eager for another trip to his favorite “village.”

In the meantime, he will need to be content carrying his Blue Hen education with him as he works toward a better future for his home country and the world.

“The University has been an integral part of my training,” Lele said. “UD will always be a part of me.”

Article by Diane Stopyra | Image by iStock and photo courtesy of Ashish Lele
(featured on UDaily, 10/18/2021)

ChemicalPOWERING THE WORLD WITH HYDROGEN