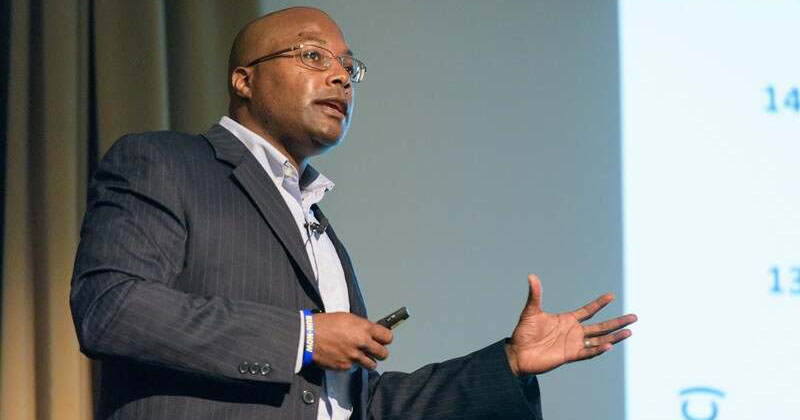 University of Delaware engineer Thomas H. Epps, III, has been named to the American Chemical Society’s 2021 Class of Fellows.

University of Delaware chemical engineer Thomas H. Epps, III, has been named to the American Chemical Society’s 2021 Class of Fellows.

Epps, the Allan and Myra Ferguson Distinguished Chair of Chemical and Biomolecular Engineering, was selected for his “transformative studies linking chemistry, materials science and engineering to develop new nanostructured materials” with a variety of energy, sustainability and health therapeutic-related applications.

A total of 49 individuals, including Epps, were chosen from the organization’s 155,000 global membership to receive the selective honor in 2021. ACS has accorded fellowship to fewer than 1,300 members since the program’s inception in 2008.

“Thomas is an exemplary researcher whose groundbreaking work has had a major impact on the polymer science community,” said Kevin Cavicchi, professor of polymer engineering at the University of Akron in Ohio and an ACS Fellow. “His group leverages a combination of cutting-edge synthesis, characterization and analysis tools to explain powerful design rules that dictate the assembly of materials.”

Cavicchi has known Epps since they were doctoral students together at the University of Minnesota. The two share an interest in the chemistry and physics of block copolymers, two or more chemically connected polymer chains that, when combined, take advantage of the best each material has to offer. One of the advantages of block polymers is that they allow scientists to combine components that often are chemically incompatible.

“Having similar research interests, I have been able to keep up with Thomas’ work through different meetings and committees we are involved in. When the call for nominations came out, I immediately started working on his nomination as I knew his research and service were worthy of recognition as an ACS Fellow,” said Cavicchi. 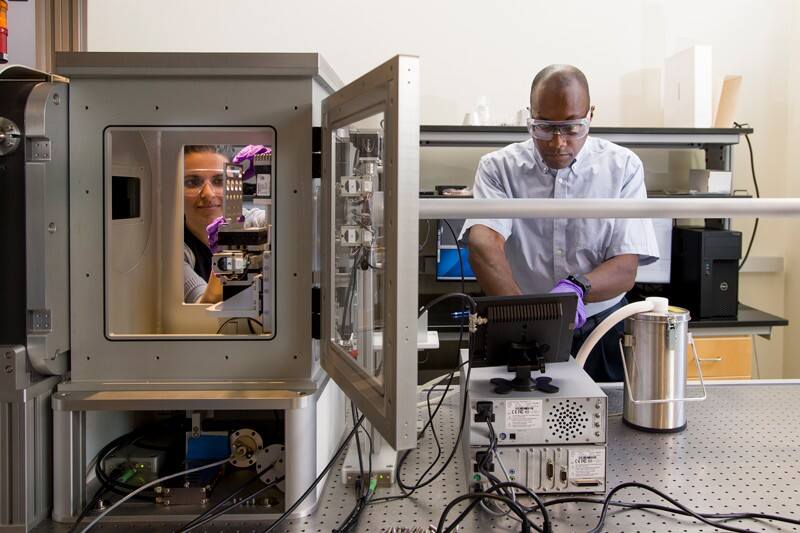 Since joining UD in 2006, Epps has mentored over 100 undergraduate and graduate students and post-doctoral researchers. In this pre-pandemic photo, Epps (right) is pictured with Priyanka Ketkar (left) a fifth-year graduate student working on materials to improve the safety and performance of lithium-ion batteries.

In his work, Epps has developed new ways to precisely control the nanoscale structure and thermomechanical properties in self-assembling block-copolymer systems to create unique soft materials for battery membranes, car tires, rubber bands and more. His research group championed a special class of tapered block-copolymers that make it easier to exert control over the relationship between a self-assembling material’s structure, function and processing requirements. He is also looking for ways to create materials with improved sustainability, including biobased pressure-sensitive adhesives or tapes that perform as well as, or better than their commercially available counterparts. It’s a project that led Epps to co-found a startup company called Lignolix alongside several UD graduate students and personnel to advance this and other ideas with a renewable focus.

This latest honor is among a host of career accolades and achievements Epps has received in recent years. Earlier this year, Epps was named to the American Institute for Medical and Biological Engineering’s College of Fellows. In 2020, he was awarded the Percy Julian award for science excellence from the National Organization for the Professional Advancement of Black Chemists and Chemical Engineers.

Enhancing diversity in the STEM community

In selecting Epps for ACS fellowship, the organization also cited his efforts “to increase diversity in the chemical sciences” through service on multiple ACS boards, among other roles. According to Cavicchi, Epps has worked to increase the number and variety of voices in the field by mentoring students underrepresented in science and engineering and by seeking ways to increase participation in professional organizations, including at conferences. But instead of looking with an eye for who is present or who is being recognized — Epps has looked for who is missing, then worked with others to change that.

“It could be raising travel funds for graduate students to attend professional meetings or encouraging the nomination of women and scientists/engineers from underrepresented groups,” Cavicchi said in his nomination.

At UD, Epps is taking similar strides. A major educational and outreach thrust of UD CHARM is to improve the diversity landscape at all levels of the academic and research enterprise. Key initiatives include providing materials science research and education opportunities for students from underrepresented groups. The program includes partnership with two historically black colleges and universities (HBCUs), Delaware State University in Dover, Delaware, and Claflin University in Orangeburg, South Carolina.