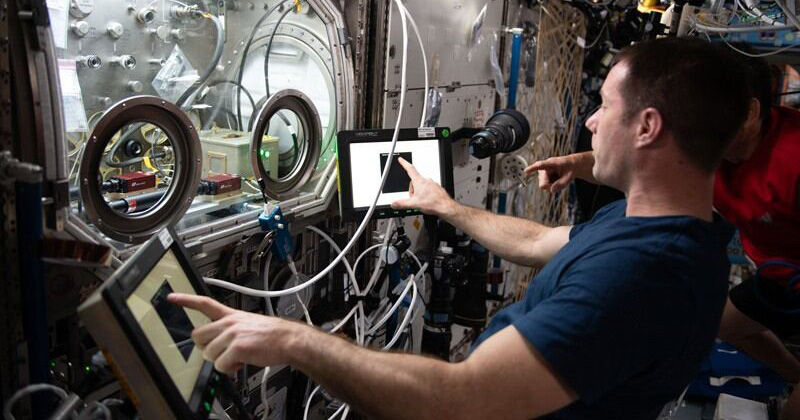 Flight engineer Thomas Pesquet of the European Space Agency works on the colloid experiment inside the Microgravity Glovebox on the International Space Station.

On the afternoon of June 3, 2021, when his laboratory samples rocketed into outer space, Eric Furst stood in line at a different type of final frontier: the DMV. As tedious as waiting on a driver’s license renewal may be, the engineer felt giddy.

“I was watching a video of the launch, and I thought about nudging the man next to me in line,” said Furst, professor and department chair of chemical and biomolecular engineering at the University of Delaware. “But some weird guy trying to show you a picture of a rocket? I figured that would not go over well.” 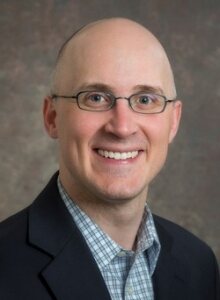 Furst, a self-described “space nut,” has designed a series of experiments that will be conducted by a team of five astronauts on the International Space Station throughout the summer of 2021. The research, which could potentially lead to the development of never-before-seen materials for use in next-generation electronics, involves colloids. These tiny pieces of matter are suspended in liquid and about a micrometer in size — think one one-hundredth the width of a human hair.

“One of the fascinating things is, when you’re that small, particles have the ability to self-assemble,” Furst said. “They’re like little Legos — if Legos clicked together on their own. We’re interested in asking what we can build with these building blocks.”

Colloid experimentation on Earth has led to advancements in many of the commercial purchases you make every day. Paint, milk and ink are all colloid products. And your toothpaste is able to flow out of its tube — but not through the bristles of your toothbrush — because of colloid research. But Earth-bound investigations can only go so far, due to a pesky little reality: gravity. 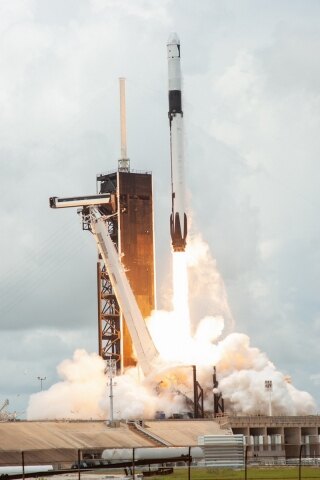 We have liftoff. An experiment developed by Eric Furst of the University of Delaware takes off for the International Space Station on June 3, 2021, on the SpaceX Falcon 9 rocket.

The particles are heavy, so they are very influenced by it,” Furst said. “The Space Station experiments allow us to take that part of the physics out of the equation and say: ‘What does the general phenomenon of self-assembly look like when we don’t have this gravity thing?’.”

This is Furst’s fourth intergalactic endeavor and, for this iteration, he is looking specifically at the way heat and light move through the colloid samples in space. While the possible applications of this research are largely for his colleagues in industry to determine, he said, the science could potentially improve the way we engineer display screens on our electronic devices, or it could improve the function of coatings used in actuators (aka, machine components responsible for movement).

For five years, in his lab on campus, Furst and his students synthesized new colloid particles and created original shapes for existing colloid particles — in other words, they reinvented the microscopic Lego. Then, in capillary tubes about three inches long, these samples took off from Florida’s Kennedy Space Center onboard SpaceX’s 22nd Commercial Resupply Mission, or CRS. Upon arrival, there was one hiccup: The astronauts lost one of the parts to the experiment while unloading it into their Microgravity Glovebox, an enclosed, designated space for conducting investigations such as this. But, thanks to a wanted flyer posted inside the Space Station — standard protocol when something goes missing in orbit, Furst said — the rogue piece was located. 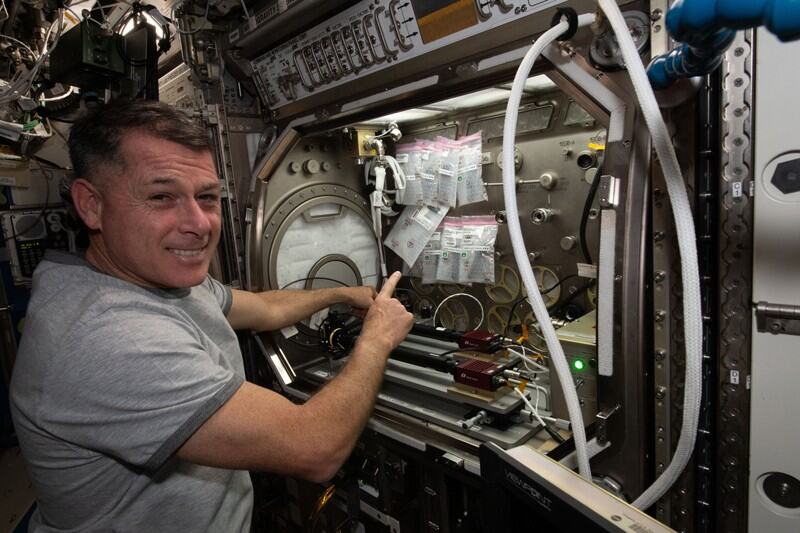 NASA astronaut Shane Kimbrough sets up the Microgravity Glovebox, where Eric Furst’s experiment is being conducted.

Now, the astronauts are manipulating the samples under a microscope using magnetic fields to see what structures form — think of this as “gently guided” self-assembly. Because space-to-ground communication requires specific training, representatives from ZIN Technologies at Cleveland’s Glenn Research Center are acting as an intermediary between Furst and the Space Station during the investigation. Hundreds of gigabytes of data are being recorded with cameras — recently replaced cameras, that is, since the last ones were zapped by cosmic rays while aboard the Space Station — and will be sent back to Earth for analysis on a hard drive via a space capsule in the near future.

“We’ve got a great engineering faculty at UD, and we’ve got a great campus for science and engineering research,” Furst said. “But our biggest asset at Delaware is really the students we are able to attract. I worked with some great graduate and postdoc researchers throughout this project.”

One of these Blue Hens, a mentee named Hojin Kim, became the first member of his family to graduate from college and then earned his chemical engineering doctorate in January, 2021. He said he would happily recommend UD’s program to anyone interested in engineering research — or anyone daydreaming about materials science while standing in line at the DMV.

“Knowing my samples are on the Space Station feels surreal,” he said. “It is sometimes difficult to explain to my family what it is I do in the lab, but this is something they are very excited about. Sometimes, it doesn’t seem real.” 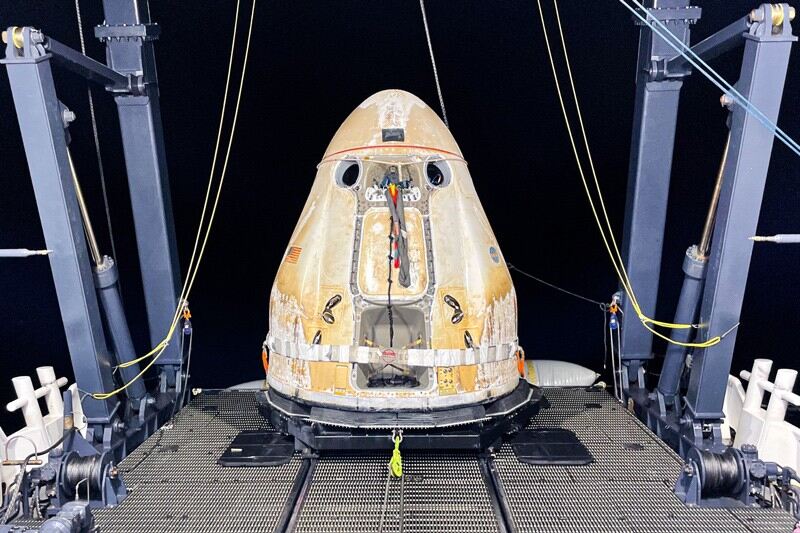 This is the SpaceX cargo capsule — called Dragon — that carried Eric Furst’s materials to outer space.

Article by Diane Stopyra | Photo by Kathy F. Atkinson and courtesy of NASA
(featured on UDaily, 07/26/2021)