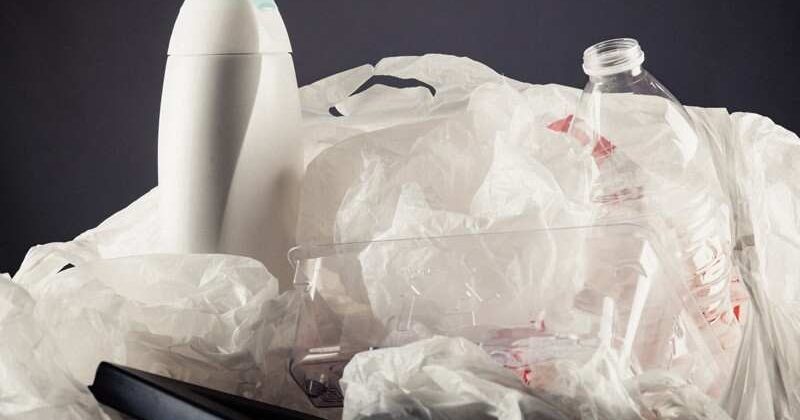 In the United States, less than 9% of plastic waste is recycled.

Millions of tons of plastic end up in landfills every year. It’s a big societal problem and an even larger environmental threat.

In the United States, less than 9% of plastic waste is recycled. Instead, more than 75% of plastics waste ends up in landfills and up to 16% is burned, a process that releases toxic gases into the atmosphere. 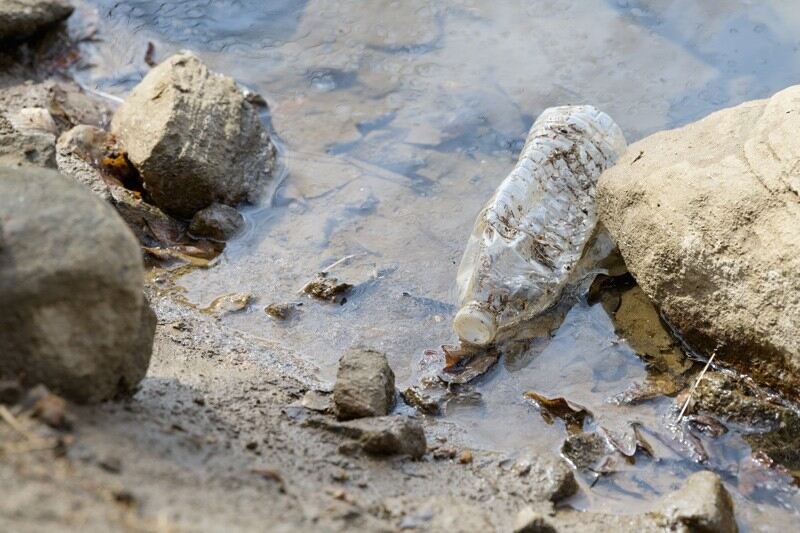 Litter, including plastic waste, is a global and local problem. This bottle was in the Brandywine Creek in Delaware.

The work, reported in a paper in Science Advances on Wednesday, April 21, focuses on using a novel catalyst and unique process to quickly break down these hardest-to-recycle plastics, known as polyolefins. Polyolefins account for 60 to 70% of all plastics made today.

The UD-developed process requires approximately 50% less energy than other technologies, and it doesn’t involve adding carbon dioxide to the atmosphere, an emissions savings over other commonly used techniques. It can be done in just a couple hours at low temperature, around 250 degrees Celsius. This is slightly higher than the 450-degree Fahrenheit oven temperature you might use to roast vegetables or bake a puff pastry at home.

Importantly, the UD team’s method can treat a variety of plastics, even when they are mixed together, a plus considering the way recyclables are managed. 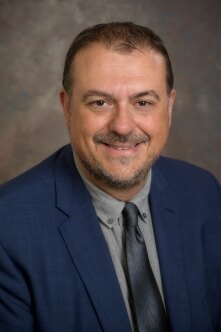 “Chemical conversion is the most versatile and robust approach to combat plastics waste,” said Dion Vlachos, the project principal investigator and the Unidel Dan Rich Chair in Energy Professor of Chemical and Biomolecular Engineering at UD.

The UD research team used a chemical process called hydrocracking to break down the plastic solids into smaller carbon molecules, then added hydrogen molecules on either end to stabilize the material for use.

Catalytic cracking is not new. Refineries have used it to convert heavy crude oil into gasoline for years.

The research team’s method, however, does more than just break the plastic down. It also converts the material into branched molecules that allow them to be more directly translated into an end product.

“This makes them ready-to-use molecules for high-value lubricant or fuel applications,” said Vlachos, who also directs the Delaware Energy Institute and the Catalysis Center for Energy Innovation at UD. 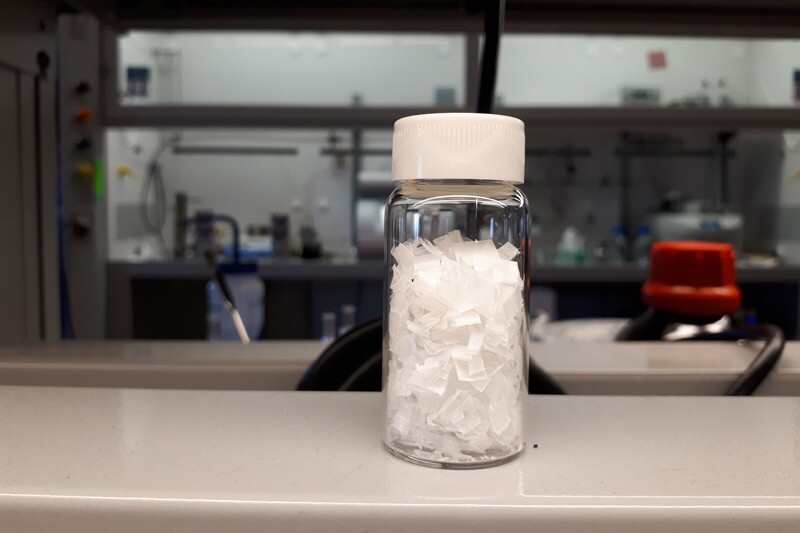 The UD researchers use a process called hydrocracking to break down starting materials, such as chopped up plastic bottles, into smaller carbon molecules that can be used to create jet fuels, diesel and lubricants.

The catalyst itself is actually a hybrid material, a combination of zeolites and mixed metal oxides.

Zeolites are known to have properties that make them good at creating branched molecules. Zeolites are found in things like water purification or softener systems and home detergents, where they counteract minerals like calcium and magnesium, making hard water softer and improving the laundry process.

Mixed metal oxides, meanwhile, are known for their ability to break down large molecules just the right amount without overdoing it. The antacid in your medicine cabinet, for example, is a metal oxide used to break down, or neutralize, the acid causing your upset stomach.

“Alone these two catalysts do poorly. Together, the combination does magic, melting the plastics down and leaving no plastic behind,” Vlachos said.

This gives the CPI-developed method an advantage over current techniques used today, although Vlachos stressed that more work is needed to translate these scientific methods to industry. Another plus: the team’s catalyst materials are commonly used and, therefore, fairly inexpensive and abundant.

“These are not exotic materials, so we can quickly start thinking about how to use the technology,” he said. He and Liu have filed a provisional patent on the novel bi-catalyst and unique method through UD’s Office of Economic Innovation and Partnerships.

Reducing plastic waste by chemically converting it to fuels can play a powerful role in driving a circular economy, where materials are recycled into something new at the end of their useful lifespan, instead of being thrown away. The recycled components can be used to make the same thing again or, in the case of fuels, upcycled into higher-value products — creating both economic and environmental gains. 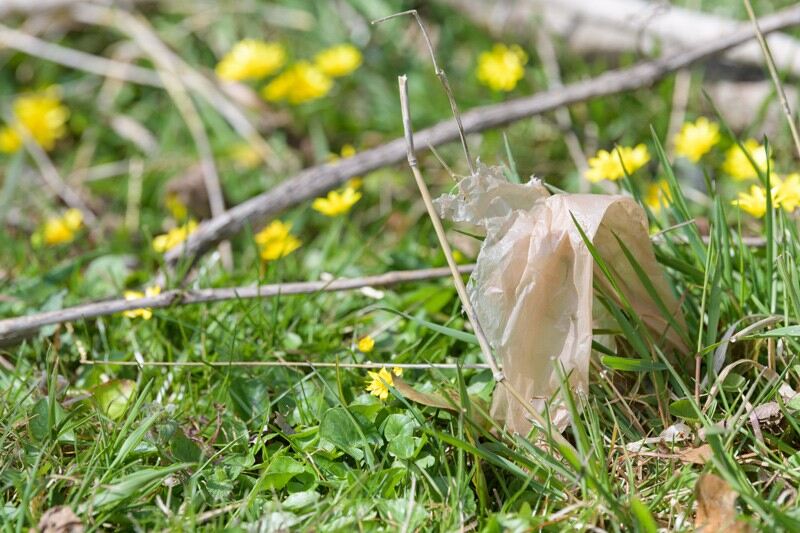 Hard-to-recycle plastics, such as plastic bags, may have met their match thanks to researchers at UD’s Center for Plastics Innovation. The UD research team’s method can treat a variety of single-use plastics, even when they are mixed together, a plus considering the way recyclables are managed. Another first step is getting people not to litter.

For Andrew Danielson, a UD senior chemical engineering major involved in the project, the potential environmental benefits of plastic conversion are exciting.

“Plastic waste is a serious environmental issue. I believe that this research can help lead to better methods of plastic repurposing,” said Danielson, whose contributions to the work included verifying the data collected during the project by reproducing the experiments.

Following graduation in May, Danielson will put this research experience to work in the chemical industry. He’s already landed a job in process controls, a part of the manufacturing process that involves controlling variables, such as temperature, pressure and conductivity, among other things.

Next steps in the CPI research include exploring what other plastics the team’s method can treat and what products it can make. To begin, Vlachos said the team hopes to expand collaborations with colleagues across campus and in the Center for Plastics Innovation to explore other avenues for making valuable products by eliminating waste. 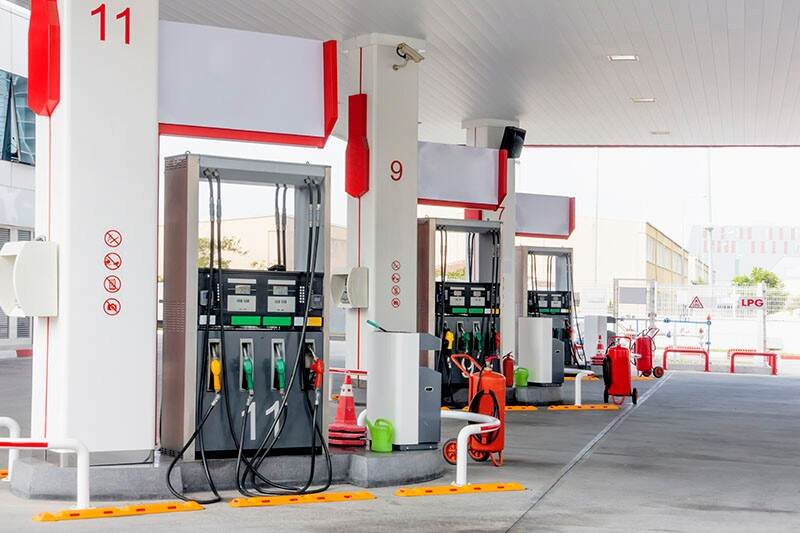 Fuels, such as diesel and jet fuel, are among the possible end-products enabled by the UD researchers methods. iStock photo.

“As this circular economy gets going, the world will need to make fewer original plastics because we will be reusing materials made today into the future,” he said.

Another goal is to develop methods to improve the recycling process itself.

“We want to use green electricity to drive the chemical processing involved in making new things. We are very far away at the moment from seeing this, but that’s where we are headed over the next 10 to 20 years,” Vlachos said.

About the Center for Plastics Innovation

The Center for Plastics Innovation (CPI) is an Energy Frontier Research Center established at UD last year through an $11.65 million grant from the U.S. Department of Energy. The center brings together researchers from UD, the University of Chicago, University of Massachusetts Amherst, University of Pennsylvania and Oak Ridge National Laboratory to “upcycle” plastic waste — chemically transforming it into fuels, lubricants and other valuable products in an energy-efficient manner. It is one of six new Energy Frontier Research Centers (EFRCs) established across the U.S. to accelerate scientific breakthroughs in critical areas.