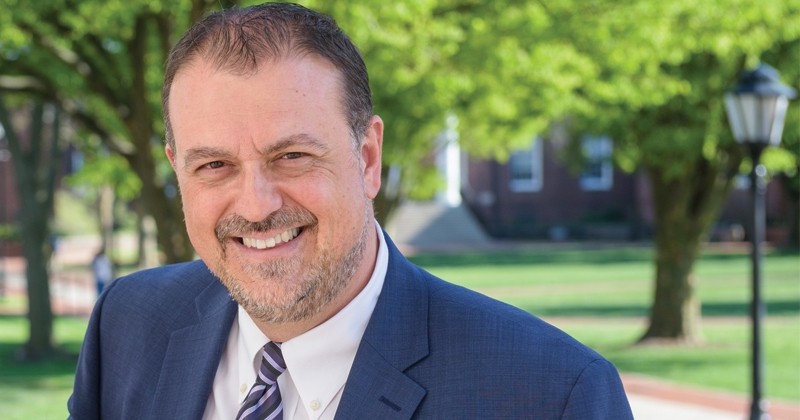 Vlachos recognized by division of the American Chemical Society

Dionisios Vlachos, the Unidel Dan Rich Chair in Energy and Professor of Chemical and Biomolecular Engineering and Physics and Astronomy, has been selected to receive the Exceptional Achievements in Catalysis award from the Catalysis Science and Technology Division (CATL) of the American Chemical Society (ACS).

According to ACS, this award acknowledges excellence and scientific leadership in catalysis science and technology by an individual, emphasizing the impact of a researcher’s work in the broad field of catalytic chemistry and catalytic materials or molecules.

Vlachos directs the Delaware Energy Institute, the Catalysis Center for Energy Innovation based at UD, and is UD’s lead on the RAPID manufacturing institute.

His research focuses on circular economy and waste derivatization, multiscale modeling and simulation, distributed (bio)chemical manufacturing, process intensification and novel catalytic reactors, renewable fuels and chemicals, catalyst informatics and in silico materials prediction, and kinetic modeling. He is a pioneer of the multiscale modeling field and the introduction of fundamental research in biomass.

Vlachos is the corresponding author of more than 430 refereed publications, more than 26,600 citations, and an h factor of 90 (google scholar) and has given more than 300 plenary lectures, keynote lectures, and other invited talks. Vlachos has served as an executive editor of the Chemical Engineering Science journal and served on the editorial advisory board of ACS Catalysis, Reaction Chemistry & Engineering, Industrial and Engineering Chemistry Research, Applied Catalysis A: General, and others.

Vlachos is the winner of the 2020 Irving Wender Award for Excellence in Catalysis from the Pittsburgh-Cleveland Catalysis Society, the 2016 Catalysis Club of Philadelphia Award, the R. H. Wilhelm Award in Chemical Reaction Engineering from AIChE (2011) and is an AAAS Fellow (since 2009). He also received an NSF Career Award and an Office of Naval Research Young Investigator Award.