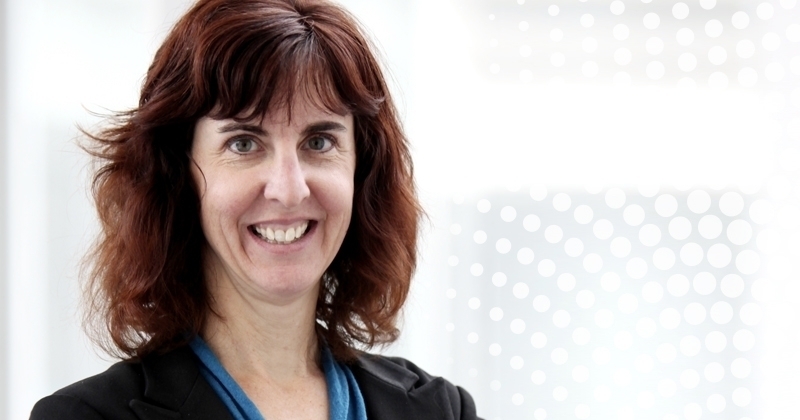 Renowned worldwide for kinetic modeling expertise, this Northwestern University professor got her start in research at UD
From research on biofuels to studies of polymer and nanocomposite materials, Linda Broadbelt has made a big impact on the world through chemical engineering.

Broadbelt, the Sarah Rebecca Roland Professor of Chemical and Biological Engineering and Associate Dean for Research at Northwestern University, received her doctoral degree in chemical engineering from the University of Delaware in 1994.

When she was a doctoral student at UD, Broadbelt was advised by Michael Klein, now the Unidel Dan Rich Chair in Energy, and developed expertise in kinetic modeling, which is used to understand the behavior of complex chemical systems. Now, Broadbelt is one of America’s most distinguished engineers in the field of kinetic modeling.

In October 2019, Broadbelt was inducted as a member of the National Academy of Engineering (NAE), a nonprofit institution whose membership includes about 2,000 of the most accomplished and influential engineers in America. She was selected “for contributions to complex kinetic modeling, particularly for understanding the pathways by which hydrocarbons and polymers undergo pyrolysis,” according to the NAE.

“I feel very honored to be considered among this elite group of engineers,” said Broadbelt. “I have always respected the members of NAE.”

While NAE membership is one of the highest honors an engineer can receive, Broadbelt is no stranger to accolades. In 2018, she received the R. H. Wilhelm Award in Chemical Reaction Engineering from the American Institute of Chemical Engineers (AIChE). In 2017, she won the American Chemical Society’s E.V. Murphree Award in Industrial and Engineering Chemistry.

Broadbelt has also been honored with the AIChE Women’s Initiative Committee Mentorship Excellence Award, the Fulbright Distinguished Scholar Award, and the National Science Foundation’s CAREER Award. She is an associate editor of Industrial & Engineering Chemistry Research, and has served on the editorial boards of Chemical Engineering Journal and International Journal of Chemical Kinetics, among others.

Broadbelt stays in touch with UD engineering faculty members and shares her expertise with her alma mater. Since 2010, she has served on the UD Department of Chemical and Biomolecular Engineering’s advisory board.

As she looks toward the future, Broadbelt is increasingly dedicated to sustainability. She is especially interested in ways to utilize biomass to develop greener plastics. “With the prevalence of plastics waste, people are thinking about ways to tackle this complex problem,” said Broadbelt.

She has just the right expertise to make a difference. Broadbelt and collaborators at Northwestern University and Argonne National Lab recently received a $2.5 million grant from the Department of Energy Bioenergy Technologies Office for a project called ResIn: Responsible Innovation for Highly Recyclable Plastics.

Broadbelt’s team is combining computation and experiments to design plastics that are highly recyclable and break down into harmless products instead of lurking in the environment or breaking down into harmful contaminants.

Specifically, the team will focus on designing eco-friendly materials that are similar to polyurethane, a material used widely in both consumer and industrial products. Some forms of polyurethane are not recyclable, which is a problem especially given how common these materials are. In 2016, 36 billion pounds of polyurethanes were produced.