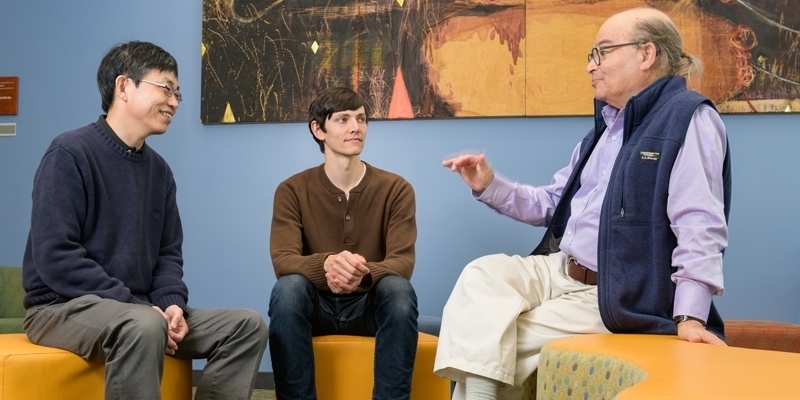 Someday, we all might drive zero-emission cars. To get there, engineers are working to develop renewable energy solutions, such as fuel cells, that are clean and cost-effective. A team of engineers at the University of Delaware is among the 40 awardees of the Advanced Research Projects Agency–Energy (ARPA-E) OPEN2018, and has been awarded $1,979,998 in funding to build a fuel cell system fabricated with inexpensive catalysts and structural materials, which is consequently cheaper and more practical than existing fuel cell systems.

“This is becoming a leading center for fuel cell technology and electrochemistry,” said Gottesfeld.

Fuel cells, which convert fuel chemical energy directly into electricity, are promising renewable energy technologies, especially for transportation applications where they secure long range per tank full of fuel and short refueling time. However, fuel cells often use pricy platinum catalysts and expensive hardware materials. UD engineers have developed a fuel cell technology that uses cheaper catalysts and structural components, but these, so called hydroxide exchange membrane fuel cells have a limitation. They cannot use direct supply of ambient air, because the carbon dioxide in the air reduces their performance.

An efficient and cost-effective way to generate a CO2-free air stream, would  open the door for wide introduction of this desirable fuel cell technology. To address this challenge, the UD team is developing a simple and cost effective cell serving as “electrochemical pump,” capable of removing  carbon dioxide from a stream of ambient air.

“This carbon dioxide problem has been with us for long enough, and we decided to turn the problem on its head and make it into a solution,” said Yan.

“Once we free ourselves from the traditional hydrogen/air cell architecture, an optimized electrochemical pump can be very compact and effective,” said Setzler.

The team is scheduled to demonstrate by the end of the project a system comprising an electrochemical pump and an alkaline membrane fuel cell stack, approximating a prototype.

Beyond generation of a  CO2-free air stream for use by a fuel cell stack, electrochemical pumping of CO2 could be useful in a number of other systems targeting CO2 removal and capture.