A New Way to Use Crispr 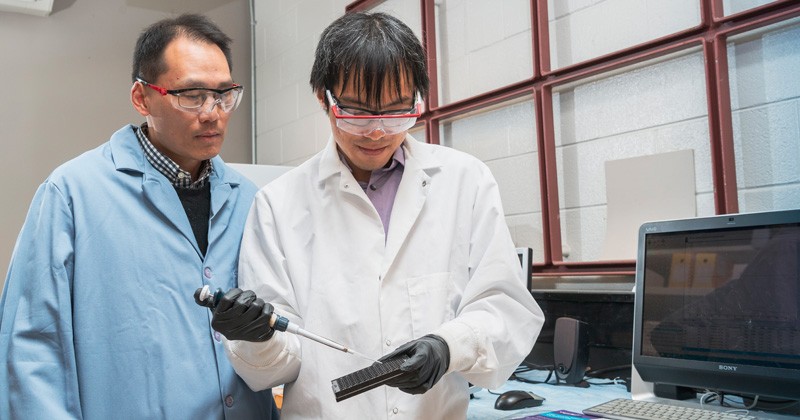 A team of engineers at the University of Delaware has developed a method to use CRISPR/Cas9 technology to set off a cascade of activities in cells, a phenomenon known as conditional gene regulation. Their method, described in the journal Nature Chemical Biology, introduces a new functionality to CRISPR, one of today’s most-talked-about technologies.

Gene editing with CRISPR technology has been called “one of the biggest science stories of the decade” for its applications to medicine, agriculture and much more. CRISPR allows scientists to precisely target and edit DNA within living cells, which could help them correct anomalies that cause inherited diseases. The first clinical trials in humans are underway in China.

However, until now, scientists hadn’t figured out how to program their CRISPR systems to target DNA while integrating information from within the cells they were studying.

Traditionally, in CRISPR/Cas9 genome editing, scientists use a single-stranded piece of ribonucleic acid (RNA) to guide the Cas9 enzyme to the deoxyribonucleic acid (DNA) they want to target. Instead, Chen and Siu installed a hairpin-like structure that blocks part of the RNA from recognizing the DNA. Only a small part, called the toehold, is exposed and capable of binding to other RNA. Then Chen, and Siu used RNA from within the cell as a trigger to open up their blocking mechanism, activating the Cas9 protein so that it could then bind and regulate the DNA.

This technology offers a versatile, “plug and play” design that could be used to induce gene editing and regulation in a variety of systems, says Chen.

“Moving forward, the idea is to be able to use, ideally on paper, any kind of cellular messenger RNA as an activation or deactivation device,” he said. “You can imagine that we can activate something based on whether the cells are growing on glucose or starving for phosphate or exposed to high-temperature conditions or low-pH conditions.”

BiomolecularA New Way to Use Crispr