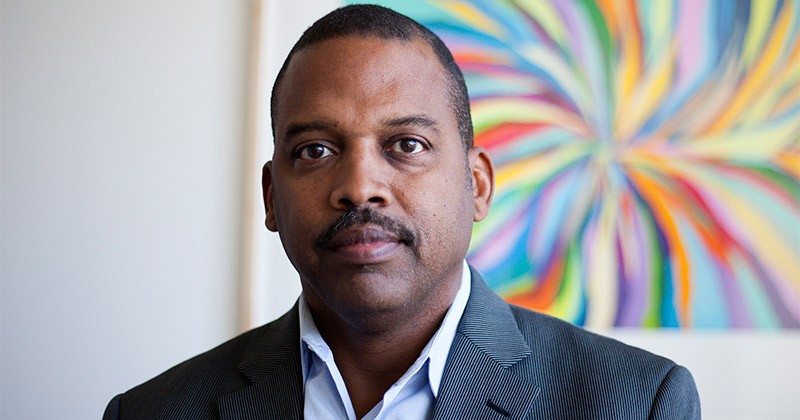 Thompson, who earned his bachelor of chemical engineering degree at UD in 1981, succeeds Babatunde Ogunnaike, who has led the college since 2011 and will be returning to the college faculty.

“We are so pleased to welcome Dr. Thompson back to the University of Delaware as our new College of Engineering dean,” Assanis said. “His inspirational vision for engineering, collaborative approach to build bridges across disciplines, entrepreneurial spirit and engaging leadership will serve UD well. UD is poised to build upon our College of Engineering’s strong reputation for excellence, and I look forward to working with Dr. Thompson and Provost Morgan to accelerate this momentum and take our institution to the next level.”

Thompson said, “It is truly an honor to have been selected to serve as the next dean of the College of Engineering at UD. Leaving the University of Michigan and Ann Arbor after 30 years is bittersweet, but I am very excited to return to my alma mater, where I began my studies as an engineer.”

“Dr. Thompson has shown his ongoing commitment to the University of Delaware by serving on the UD Chemical and Biomolecular Engineering Department Advisory Committee and the College of Engineering Advisory Council,” Morgan said. “Now, he can have an even greater impact on our engineering students as he leads the college where he was once an undergraduate, bringing with him expertise developed over his 30-year career in higher education.”

Thompson began his teaching career in 1988 as assistant professor of chemical engineering at the University of Michigan. He has been the Richard E. Balzhiser Collegiate Professor of Chemical Engineering since 2005 and served as associate dean for undergraduate education in Michigan’s College of Engineering from 2001 through 2005. During his service as associate dean, the college experienced significant increases in diversity, student retention and undergraduate enrollment, as well as an improved ranking.

Thompson is director of the Hydrogen Energy Technology Laboratory and director of the Michigan-Louis Stokes Alliance for Minority Participation. He has received numerous awards, including the University of Delaware Outstanding Alumnus award in 2006, a Michiganian of the Year award in 2006 Engineering Society of Detroit Gold Award in 2007, the NSF Presidential Young Investigator award in 1991 and the Dow Chemical Good Teaching award in 1990.

He is internationally recognized for his research to design and synthesize nanoscale materials for catalytic and energy storage applications. He also co-founded a start-up called T/J Technologies, a developer of nanostructured materials for lithium ion batteries, and helped to spin off a second start-up, Immatech Inc., from the University of Michigan to commercialize low cost, high-energy density supercapacitors.

Thompson was on the American Institute of Chemical Engineers (AIChE) Board of Directors from 2014-2016 and was a consulting editor for the AIChE Journal. He also served on the National Academy’s Chemical Sciences Roundtable, External Advisory Committee for the Center of Advanced Materials for Purification of Water with Systems and AIChE Chemical Engineering Technology Operating Council.

“This is an especially exciting time for the College of Engineering at UD, with its outstanding faculty, students and staff, impactful research initiatives and state-of-the-art facilities,” Thompson said. “I look forward to partnering with President Assanis, Provost Morgan and the University community to lead UD engineering to even greater impact and recognition through its education, research and outreach activities.”

Thompson was chosen after a national search involving a broad base of internal and external constituents who participated  in a very engaged interview process. The search culminated in campus forums during the spring semester for five finalists who offered presentations and fielded questions from the campus community. The president and provost both expressed sincere appreciation to search committee co-chairs Thomas H. Epps, III, and Cathy Wu, along with the entire committee and the University community, for their time and energy during the selection process.