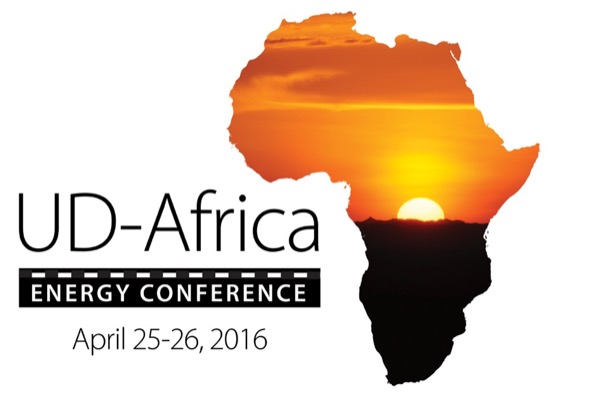 4:19 p.m., March 23, 2016–Power blackouts happen every day in many African countries, and nearly 600 million people on the continent lack access to electricity. However, the continent’s plentiful sunshine, wind and other energy sources could go a long way to filling that void.

To discuss such opportunities, the University of Delaware will host leading energy scientists, policy experts and industry representatives from Africa at a conference to be held April 25–26 at UD’s Clayton Hall Conference Center.

The conference is designed to provide networking opportunities for UD faculty and students, local industry, and federal and state agencies, as well as for their counterparts from Africa.

To attend the event, register at this website. The registration deadline is Monday, April 18.

The conference is especially timely, said Ajay Prasad, Alumni Distinguished Professor in the Department of Mechanical Engineering, because a number of UD faculty and students have been working on projects in Africa, and expanding these collaborations is a major goal.

“In the energy arena, South Africa, in particular, has a vibrant research effort in fuel cells, catalysis, wind and other energy-related topics that are of great interest to researchers at UD,” said Prasad, who is one of the conference organizers. “Delaware and our neighboring states also are home to several companies that are active in the energy field.”

Distinguished speakers from Africa will join UD faculty in the panel discussion, including Frannie Leautier, former vice president of the World Bank and executive secretary to the African Capacity Building Foundation; Bonaventure Mbida-Essama, CEO of the Nelson Mandela Institute; Sibusiso Vil-Nkomo, chairman of the board of the Mapungubwe Institute for Strategic Reflection (MISTRA); and Yoshifumi Okamura, former Japanese ambassador to Ivory Coast and now ambassador to the United Nations.

The conference is the outcome of visits made by a UD contingent to South Africa in 2013 and 2014, arranged and partially sponsored by the state of Delaware. Prasad and fellow conference organizer Douglas Buttrey, professor of chemical and biomolecular engineering, were part of a small UD team that met with officials at a dozen universities, research centers and government institutes.

Their host was MISTRA, a globally recognized think-tank based in Johannesburg, whose leaders, Sibusiso Vil-Nkomo and Renosi Mokate, received their master’s and doctoral degrees from UD’s School of Public Policy and Administration. Among their many accomplishments, both attained prominent positions in Nelson Mandela’s administration, and the couple continues to stay connected to UD.

“Drs. Vil-Nkomo and Mokate have been instrumental in helping us to establish contacts in Africa, and we are grateful for their assistance,” Buttrey said. “We expect this conference to spark discussions that will pave the road to new collaborations — faculty exchange opportunities and research internships for our students and postdocs, as well as business opportunities for Delaware-based companies in Africa.”