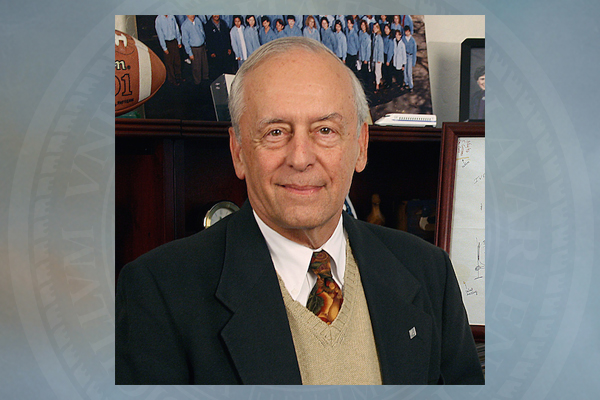 10:39 a.m., March 27, 2015–Cepheid, a leading molecular diagnostics company, announced earlier this week it has received emergency use authorization from the U.S. Food and Drug Administration (FDA) for Xpert Ebola, a molecular diagnostic test for Ebola Zaire virus that delivers results in less than two hours.

Thomas Gutshall, who received his bachelor’s degree in chemical engineering at the University of Delaware in 1960, co-founded Cepheid and served as its first CEO and as chairman of the board from 1996 to 2013.

A longstanding member of UD’s chemical and biomolecular engineering advisory council, Gutshall served as co-chair of his 50th class reunion giving program in 2010, and he was an honorary co-chair for chemical engineering’s Centennial Campaign in 2014.

He and his wife, Kipp, have endowed a career development faculty chair within chemical engineering since 2011.

“I am pleased to see that our efforts in the rapid development of molecular diagnostics continue to move testing to the source of these problems,” says Gutshall. “Our original thesis of testing for disease ‘when and where needed’ permits us to open new paths to improving medical care around the world.”

The Xpert Ebola test runs on the Cepheid GeneXpert Systems, the world’s leading molecular diagnostic platform with over 8,000 systems deployed globally in both developed and emerging market countries.

Ebola was first discovered in 1976 near the Ebola River in what is now the Democratic Republic of the Congo. Since then, outbreaks have appeared sporadically in Africa. The 2014 Ebola epidemic is the largest in history, affecting multiple countries in West Africa. In the United States four cases have been reported: two imported cases that included one death, and two locally acquired cases in health care workers.

“We developed Xpert Ebola with a dual-target design to ensure high-accuracy and sensitivity for detecting the Ebola Zaire virus, detected in the West Africa outbreak in 2014. The test runs in Cepheid’s self-contained cartridge to minimize potential contamination,” said John Bishop, Cepheid’s chairman and CEO.

“Cepheid has historically played a leading role in developing molecular diagnostics as an aid to infection control efforts, and the current Ebola crisis represents an extreme example of the need for sensitive, fast, and easy to use diagnostics to aid in patient management and isolation requirements. We believe this is a major step in strengthening the arsenal of tools being deployed to address the current situation.”

On Aug. 5, 2014, the U.S. Secretary of Health and Human Services declared that circumstances exist justifying the authorization of emergency use of in vitro diagnostics for detection of Ebola virus. Cepheid’s Xpert Ebola has not been FDA cleared or approved, but will remain available in the U.S. as an emergency use authorization product as long as the declared emergency remains in effect or it ceases to be authorized by FDA.

“With support from the Bill & Melinda Gates Foundation and the Paul G. Allen Family Foundation (provided via the National Philanthropic Trust Fund for Global Health and Development), Cepheid was able to leverage its extensive development experience to expedite
delivery from the initial prototype to an emergency use only product in just 90 days,” said Dr. David Persing, Cepheid’s chief medical and technology officer.

“We expect that this technology will help to expedite the evaluation of suspected cases and to enable more effective field surveillance activities already underway in endemic areas.”