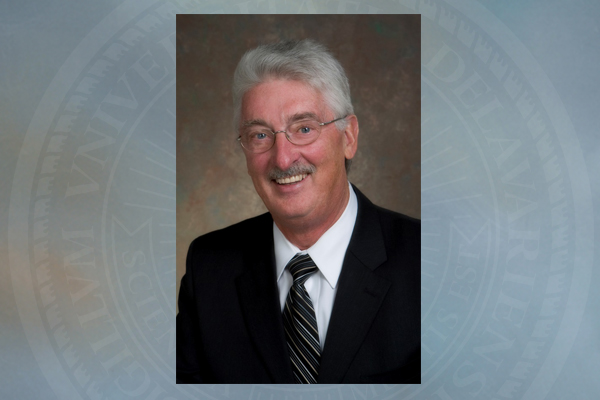 8:08 a.m., Jan. 27, 2015–Richard Wool, professor of Chemical and Biomolecular Engineering at the University of Delaware, has been named a fellow of the Royal Society of Chemistry, the United Kingdom’s professional society for chemical scientists and one of the largest such groups in the world.

“I remember growing up in Ireland, and in my chemistry studies at University College Cork, being in absolute awe of people who were both members and fellows of the Royal Society of Chemistry,” says Wool.

Now that he’s helped prove a Nobel Prize-winning theory in polymer physics and transmuted chicken feathers into circuit boards, “It’s a very nice accolade to have.”

Although 78 percent of the society’s members are based in the British Isles, Wool’s leadership in the field of green chemistry led to his nomination for membership as a fellow.

Wool came to the University of Delaware 20 years ago from the University of Illinois at Urbana-Champaign, drawn by a directorship at the Center for Composite Materials and a chance to work more closely with industry. At the center, and now in his Affordable Composites from Renewable Sources (ACRES) laboratory, he and his colleagues and students have created revolutionary industrial materials with reduced impact on the environment and human health.

“Any time we see a major pollution issue in chemicals, we basically go after it,” he says.

The chromium salts used for curing ordinary leather are highly carcinogenic, so Wool’s lab invented Eco-Leather, a plant-based textile that he hopes will become a standard in the fashion industry.

“We’re [also] targeting some major plastics out there that are contributing in a significant way towards global pollution,” he says. “A lot of these chemicals, in very small quantities, can wreak havoc with your hormonal systems, and are carcinogenic. We design new molecules that are not only derived from renewable resources but they’re also nontoxic. We’re the first to build tractors for John Deere out of soybeans; we’re the first to make printed circuit boards for the electronic materials industry out of chicken feathers; we’re the first to make Eco-Leather. So there’s a whole bunch of firsts, here at Delaware.”

Such alchemical feats require collaboration across disciplines. “You get to interact with farmers and toxicity people and all kinds of food scientists, and agronomists, climate people and environmentalists,” says Wool. “So it’s not just our ivory tower of materials science anymore, it’s really drawing us out into the world and solving real-world problems using good science.”

Wool is proud of what he and his colleagues have accomplished: “Building a wind turbine out of soybeans is a non-trivial thing,” he notes with a laugh. “Making high-performance electronic materials out of chicken feathers is quite a challenge.”

Replacing common plastics like PVC and polycarbonate is even harder, because “these are huge, established fields that we’re trying to replace with environmentally friendly materials. I don’t think we’d have had as much success had it not been for my colleagues in the Center for Composite Materials and the chemical and biomolecular engineering department.”

To further extend the impact of green chemistry, Wool also consulted on the Sustainable Chemistry Research and Development Act, sponsored by Delaware’s U.S. Sen. Chris Coons, which aims to allocate funds for green chemistry research and coordinate the roles of federal agencies.

Wool is on the editorial board of one of the Royal Society of Chemistry’s main journals, Green Chemistry, and published a top-cited paper on polymer physics in their journal Soft Matter.