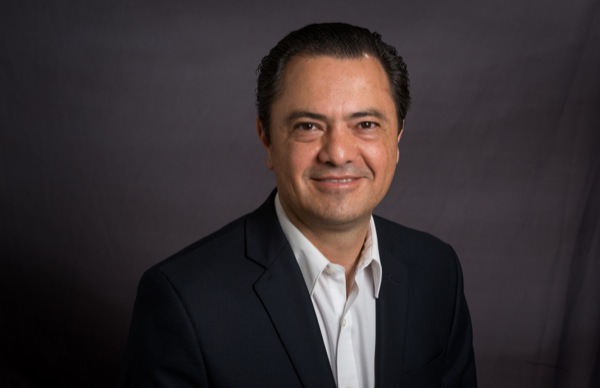 8:28 a.m., Sept. 2, 2014–Raul Lobo, professor and director of the University of Delaware’s Center for Catalytic Science and Technology (CCST), has been appointed the Claire D. LeClaire Professor of Chemical and Biomolecular Engineering, effective Sept. 1.

Since joining the UD chemical and biomolecular engineering faculty in 1995, Lobo has been instrumental in the research of zeolites and other nanoporous materials on campus.

A porous synthetic mineral with a precise crystalline structure, zeolites can perform separation of molecules with size differences of merely a fraction of an angstrom (one-tenth of a nanometer), making them useful as molecular sieves for separation and catalytic processes in the chemical and petroleum industries.

Lobo’s research centers on expanding the catalytic properties of zeolites by creating new reaction sites, understanding their synthesis and developing applications of these materials to help solve societal problems such as sustainable energy conversion and pollution abatement.

As director of CCST, he helps to coordinate and disseminate the research efforts of more than a dozen faculty members, and collaborates with industry to leverage this research toward improved industrial processes and practices. Research in the center ranges from catalyst discovery, to characterization and modeling of catalysts for industrial applications, all of which provide a rich training ground for students at the graduate and undergraduate level.

Lobo earned his doctoral and master’s degrees from the California Institute of Technology, in 1995 and 1993, respectively.  He completed post-doctoral work at Los Alamos National Laboratory in New Mexico before joining UD.

Lobo is a member of the American Institute of Chemical Engineers, the American Chemical Society (ACS) and the International Zeolite Association, among others. He is a recipient of the National Science Foundation’s Faculty Early Career Development Award, and the ACS Ipatieff Prize for outstanding chemical experimental work in the field of catalysis.

The author of over 140 journal papers and book chapters, he holds three patents. He serves on the editorial board for the ACS journal Chemistry of Materials and ChemSusChem.

This named professorship was made possible by the endowment of the late Mr. Claire D. LeClaire, formerly of Dover, in support of chemical engineering efforts at the University.