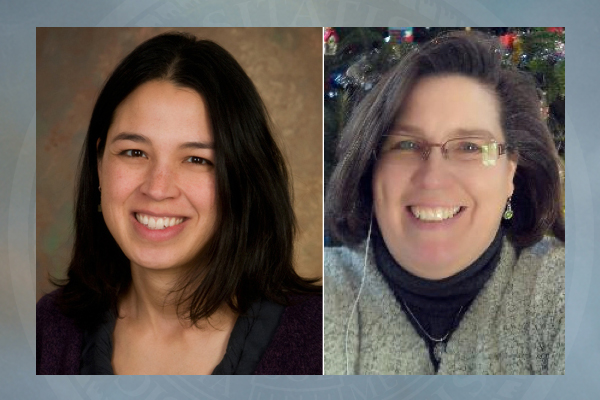 9:46 a.m., May 13, 2014–A team of researchers from the University of Delaware and Thomas Jefferson University has been awarded a $1.4-million grant from the National Institutes of Health to explore the use of non-viral gene therapy to enhance bone repair.

Sullivan explains that gene therapy typically involves the use of modified viruses as vehicles to deliver genetic material into cells to treat disease or repair tissues.

“Viruses have evolved highly efficient mechanisms to transfer genetic material into human cells, but the downside is that there are a number of safety concerns associated with their therapeutic use,” she says. “Those concerns have spawned an interest in developing synthetic, or ‘non-viral,’ delivery materials to more safely encapsulate and transport DNA.”

For this study, the researchers will develop tiny particles able to mimic key functions of proteins called histones, whose native functions are to package chromosomal DNA within the nuclei of cells and to control cellular gene expression programs.

“We’re essentially capitalizing on nature’s gene packaging strategies,” Sullivan says.  “These scaffolds are designed to bind and deliver therapeutic DNA by interacting with the same proteins that normally recognize and process histones. In essence, we’re creating a synthetic virus — a material that can navigate within cells somewhat like a virus, but without the harmful immunogenic effects.”

With the functionality of histone-derived targeting sequences established in earlier work, the team will now advance the materials further by tailoring them to function in the repair of bone.

Freeman explains that bone repair was chosen as the target application because it is a localized problem in which gene-based therapies have a good probability for success.

“We don’t have to deliver the genetic payload to the entire body, so there is less risk than with systemic delivery,” she says. “We’ll also be able to observe cellular uptake and monitor repair in bone as the study progresses, so we can make improvements to the approach as needed.”

In large segmental bone defects, where the two ends of a fracture are not sufficiently close, normal repair mechanisms are unable to breach the gap. In addition, older people, as well as those who smoke or have diabetes, have impaired rates of bone formation, presenting a persistent clinical challenge. The current “gold-standard” therapy is bone grafting, but limitations still exist and point to the need for alternative strategies.

“Our hope is that this research will not only shed light on the mechanisms of histone-associated gene delivery, but also ultimately be useful as a general biomaterials platform applicable to bone repair, implant functionalization, and tissue engineering,” Sullivan says.