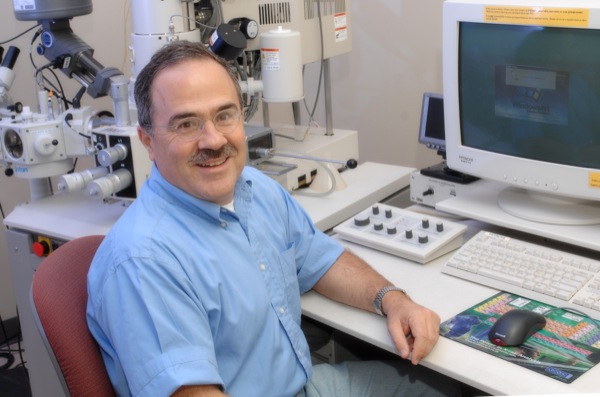 10:41 a.m., Sept. 25, 2013–Terry Papoutsakis, Eugene du Pont Professor of Chemical and Biomolecular Engineering at the University of Delaware, has been selected to receive the Daniel I.C. Wang Award for excellence in biochemical engineering from the American Institute of Chemical Engineers Society for Biological Engineering.

Papoutsakis, who is affiliated with the Delaware Biotechnology Institute, is cited for pioneering the genetic exploration of clostridia, anaerobic bacteria that are ubiquitous in soil and can cause infections in wounds.

He is also credited with cell culture engineering leading to the development of technologies for the production of protein therapeutics and viral vaccines, as well as immunotherapies.

“In addition, he pioneered hematopoietic stem-cell bioengineering when the potential of stem-cell therapies was hardly on anyone’s radar screen,” says Wildred Chen, Gore Professor of Chemical and Biomolecular Engineering, who nominated Papoutsakis for the award.

Papoutsakis will receive the award and deliver the Daniel I.C. Wang Award Lecture at the AIChE annual meeting in San Francisco on Nov. 4.

His talk, “Force to Death and New Life, Some with Programming Vitality,” will address regenerative medicine — the quest to provide biological or hybrid synthetic-biological materials that can enable or facilitate therapeutic interventions, from transfusions and gene therapy to organ replacement. His work has shown that megakaryocyte-derived microparticles have an extraordinary ability to program stem and progenitor cells and therefore have potential use in regenerative-medicine applications.

A graduate of the National Technical University of Athens, Papoutsakis received his master’s and doctoral degrees from Purdue University. His research focuses on areas of systems biology, metabolic engineering, experimental and computational genomics with applications in stem-cell biology, and prokaryotic biology for the production of biofuels and chemicals from biomass.

About the Daniel I.C. Wang Award

The award was launched in 2012 to recognize Wang, a professor at MIT who has made significant contributions to education and research in biochemical engineering as well as technological innovations in bioprocessing.

Selection of awardees is based on innovation through research, education, or practice of biochemical engineering; successful development of new products, processes or services; research at the interface of biological science and engineering; significant publication, patents, or technology development in the field; and demonstrated economic or societal impact through innovation or practice of biochemical engineering.