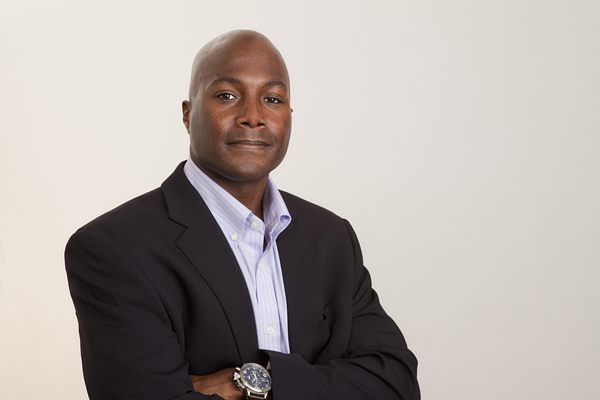 2:44 p.m., Nov. 14, 2012–Thomas H. Epps, III, Thomas and Kipp Gutshall Chair of Chemical and Biomolecular Engineering at the University of Delaware, has been named one of six new Martin Luther King, Jr., visiting professors/scholars at the Massachusetts Institute of Technology (MIT).

Epps, who has been widely recognized for his research, currently works with polymers (long chain molecules containing many chemically bonded units) that self-assemble into periodic and nanometer-scale structures whose shape, size, and orientation are governed by molecular interactions. He is studying these materials for uses including conducting membranes, nanoscale templates and drug delivery carriers.

In 2010, he received a Presidential Early Career Award for Scientists and Engineers (PECASE) from the U.S. Department of Defense, an elite distinction bestowed by President Barack Obama.

He is also a recipient of the National Science Foundation’s Faculty Early Career Development Award, the DuPont Young Professor Award, an Air Force Young Investigator Award and the Lloyd Ferguson Young Scientist Award from the National Organization for the Professional Advancement of Black Chemists and Chemical Engineers.

In 2011, UD’s Francis Alison Society named Epps the recipient of the Gerald J. Mangone Young Scholar Award. In 2012, he was named the Thomas and Kipp Gutshall Chair of Chemical and Biomolecular Engineering.

He joined UD as an assistant professor of chemical and biomolecular engineering in 2006 and is currently an associate professor.