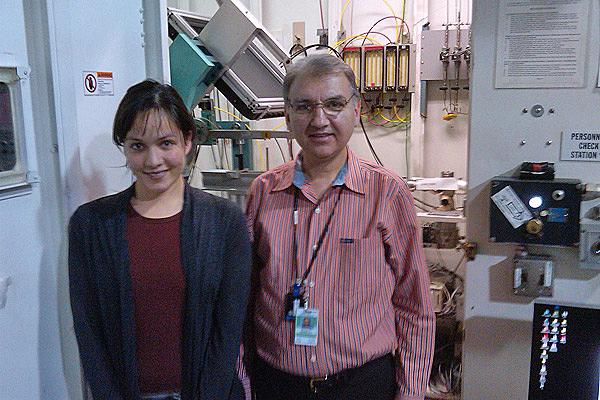 The three-year grant builds on work initiated by UD Prof. Jingguang Chen in 2005 when he co-founded the synchrotron catalysis consortium (SCC). SCC promotes the use of synchrotron techniques for cutting-edge catalysis research under in-situ conditions. Chen is the consortium’s lead principal investigator.

Since 2005, the SCC has designed over a dozen specialized in situ reaction cells and advanced optics particularly tailored to catalysis research; work that has impacted more than 100 U.S. research groups in the catalysis community.

DOE recently invested $1 billion in a stronger synchrotron installation at BNL. Under the current renewal, Chen’s group will aid the transition to the new synchrotron system, enabling further insight into the chemical and physical structure of materials.

“The consortium’s role is to ensure that catalysis remains well represented in this new synchrotron facility,” remarked Chen.

Catalysis has played a significant role in the chemical and petroleum industries over the past several decades, and more recently has been applied to a number of new areas, including environmental and bioengineering applications.

UD has had an active and vital research program in catalysis since the Center for Catalytic Science and Technology (CCST) was founded in 1978. Chen and his colleagues are investigating the use of less-expensive, more stable catalytic materials for applications ranging from fuel cells to biomass utilization.

Jingguang Chen is the Claire D. LeClaire Professor of Chemical and Biomolecular Engineering and the co-director of the DOE Energy Frontier Research Center at UD. He served as the director of CCST from 2000 through 2007 and as the interim director of the UD Energy Institute (UDEI) from 2008 through 2010.