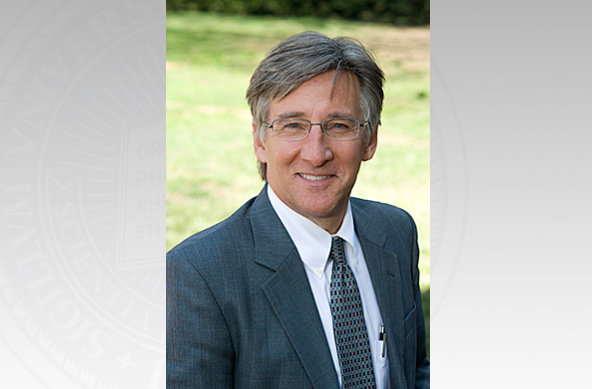 Chen’s lecture is entitled “Biomolecular Engineering for Profit and Fun.” A reception will follow in the lobby of P.S. du Pont Hall.

Chen joined UD in January, 2011. He hails from the University of California Riverside, where he was a professor of chemical and environmental engineering and served as Presidential Chair of Chemical Engineering from 2006-2010.

An experienced researcher dedicated to the innovation of new technologies, Chen’s work involves harnessing energy from biological sources to cure diseases, purify protein pharmaceuticals and create bio-fuels. His research has been funded through the National Science Foundation, the U.S. Department of Energy and the Environmental Protection Agency, among others.

Chen has published more than 190 journal papers and delivered over 50 invited lectures. He serves on the editorial board for eight scientific publications and is a reviewer for more than 40 journals.

Chen earned his bachelor’s degree in chemical engineering at the University of California Los Angeles in 1988 and his doctoral degree in chemical engineering from the California Institute of Technology in 1993.  He also spent a year conducting post-doctoral research at the Institute of Biotechnology, ETH-Honggerberg, in Zurich, Switzerland, before he joined UC Riverside in 1994.

The Gore professorship honors the Gore family, including Robert W. Gore ’59, Sarah I. Gore ’76M and the late Genevieve W. Gore. Robert W. Gore, a 1959 chemical engineering graduate of UD, served as president of W.L. Gore and Associates, Inc., and was a member of the UD Board of Trustees. In 1990, Gore received the College of Engineering Distinguished Alumni Award and he was inducted into UD’s Alumni Wall of Fame in 1992.