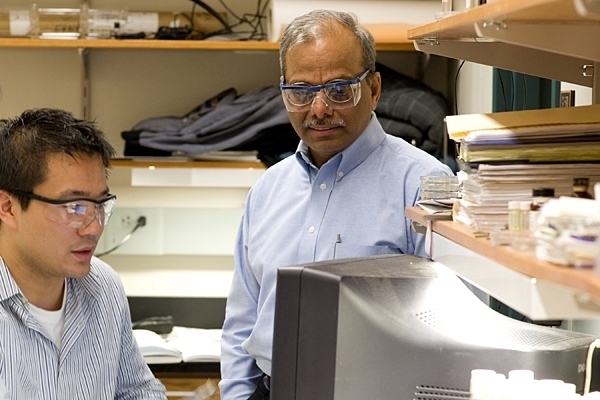 University of Delaware alumnus Rakesh Agrawal, a member of the chemical engineering faculty at Purdue University, is among five individuals named by President Barack Obama as recipients of the National Medal of Technology and Innovation.

Administered for the White House by the U.S. Department of Commerce’s Patent and Trademark Office, the award is the nation’s highest honor for technological achievement and recognizes individuals who “have made lasting contributions to America’s competitiveness and quality of life and helped strengthen the nation’s technological workforce.”

Agrawal was selected for “an extraordinary record of innovations in improving the energy efficiency and reducing the cost of gas liquefaction and separation.” He will receive the award at a White House ceremony later this year.

“Each of these extraordinary scientists, engineers and inventors is guided by a passion for innovation, a fearlessness even as they explore the very frontiers of human knowledge, and a desire to make the world a better place,” Obama said. “Their ingenuity inspires us all to reach higher and try harder, no matter how difficult the challenges we face.”

Agrawal is the Winthrop E. Stone Distinguished Professor of Chemical Engineering at Purdue University. His research focuses on renewable energy, including improving the conversion of biomass to liquid fuels, low-cost solar cells and energy systems analysis.

Agrawal is a member of the National Academy of Engineering and has served on the National Academies Renewables Panel for the Committee on America’s Energy Future and the National Research Council’s Board on Energy and Environmental Systems. He holds 115 U.S. patents and nearly 500 non-U.S. patents, and has authored more than 90 technical papers.

Prior to joining the Purdue faculty in 2004, Agrawal was an Air Products Fellow at Air Products and Chemicals in Allentown, Pa., from 1980-2004.

In 1995, he was honored by UD with a Presidential Citation for Outstanding Achievement.